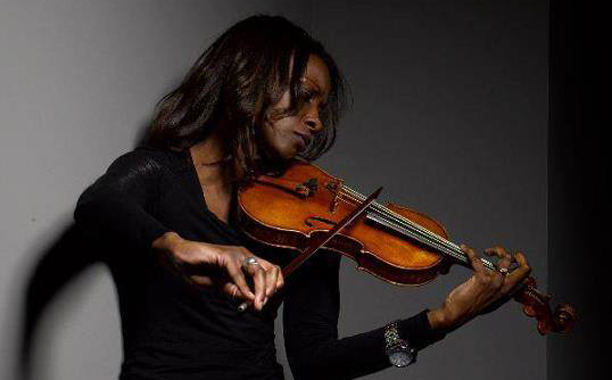 The U.S. Embassy in Barbados will hosts Sonya Hayes Quartet in free classical concert at the Peace Memorial Hall in Kingstown on Sunday at 7 p.m.

The leader of the quartet is accomplished American violinist Sonya Hayes, and she will be accompanied by violist Matthew Maffett, violinist Luke Wedge, and cellist Sean Neidlinger.

These gifted musicians will perform works from various American composers with riveting passion and precision that will leave audiences with a greater appreciation for American classical music, the Embassy said in a press statement.

“The U.S. Embassy is hosting this series of public concerts to underscore the excellence and diversity of American music,” the Embassy said.

The Hayes Quartet’s performance will highlight how celebrated American composers such as William Grant, Dorothy Rudd Moore, and Samuel Barber have significantly shaped and influenced the genre of classical music.

“The U.S. Embassy is hosting this series of public concerts to facilitate cultural exchange and promote music as an educational tool. Suzuki alumna Sonya Hayes will lead a master class at the Barbados Community College with a group of Suzuki Music students. The U.S. Embassy remains committed to supporting development through the arts in Barbados and the Eastern Caribbean and looks forward to maintaining its strong support of cultural initiatives in the future.

Hayes, raised in Indianapolis, Indiana, began violin lessons as an enthusiastic 3-year-old Suzuki student of the late Alberta Denk. At age 15, she was invited to perform six concerts as a soloist with the Indianapolis Symphony Orchestra. She continued her studies in Indianapolis with Laurence Shapiro and in Washington D.C. with the National Symphony Orchestra’s Ricardo Cyncynates. She earned a master’s degree in violin performance from the Catholic University of America where she studied violin with Robert Gerle and chamber music with the late Marilyn Neeley.

Since then, she has performed as an orchestral soloist with various ensembles including: National Symphony Orchestra, Prince George’s Philharmonic, and the Indianapolis Philharmonic. She has concertized as a soloist and chamber musician in Washington D. C. at the Embassies of France and Norway, the National Gallery of Art, and the Kennedy Center Millennium Stage. In 2011, Sonya served as concertmaster and soloist in a month-long tour of China with the Montivani Orchestra and has shared the stage with international musicians such as James Taylor, Manhattan Transfer, Ray Charles, Rod Stewart, Diana Krall, Earth Wind and Fire, Andre Bocelli and Stevie Wonder.