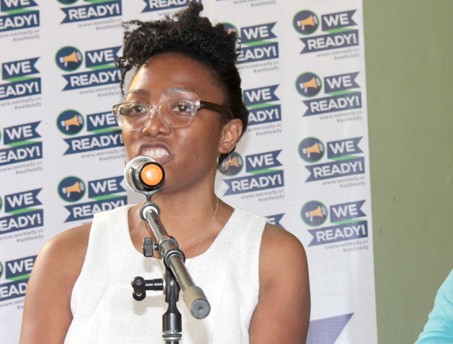 Lawyer Maia Eustace, daughter of Leader of the Opposition, Arnhim Eustace, has spoken out against what she described as a tendency in St. Vincent and the Grenadines to blame victims of sexual and physical abuse for the crimes perpetrated against them.

“We do have a tendency in this society … to blame the victim. Slut-shaming, even comments like those made in Parliaments, where women should watch what they wear, lest they be raped — the idea being, ultimately, that women are complicit in their own violation,” Ms Eustace said this week at the New Democratic Party’s “Conversation with Women”.

“When my friend [Vynnette Frederick] was a candidate for the New Democratic Party during the last elections, we’ve been calling it the access that the prime minister and others felt that they had to her bedroom, in the sense that her bedroom became the public living room,” Ms Eustace said.

Her comments were an apparent reference to Prime Minister Ralph Gonsalves’ statement during the 2010 election campaign, namely, “Ah mean, Bayliss (Frederick’s father) would be a very unfortunate fellow if he send a daughter to study law, and came back and get a son, … a tomboy.”

“Women were heard on vans and in other locations to make very disparaging comments about this woman, who is the recipient of that sort misogynistic treatment, that sort of chauvinism… That’s the world she occupied,” Ms Eustace said.

“So not just on women’s Day, not just on the international day to end violence against women, but constantly and at all levels of society, from the primary school straight on. It is one thing to legislate behaviour, it is another thing to get people to recognise what are harmful behaviour and what are positive behaviour.”

Meanwhile, Mr. Eustace, told the even that his New Democratic Party “finds it uniquely difficult — in fact impossible — to find women political candidates willing to risk the utter violation suffered by the last NDP woman candidate bold enough to oppose the ULP administration”.

The NDP has announced a slate 15 male candidates to contest the next general election, constitutionally due in March 2016, but widely expected this year.