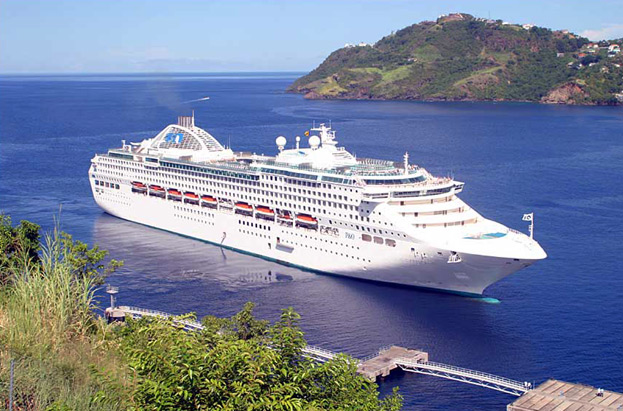 Visitor arrivals to St. Vincent and the Grenadines in January registered a more significant increase than the end of 2014, when they increased “barely”.

“I wish we were up for the end of 2014, but we are up and that is a positive,” head of the Tourism Authority, Glen Beache, told a press briefing on Wednesday as he announced that in January 2015 overall visitor arrivals increased 9.8 per cent.

Beache said that arrivals from all the major markets increased, with the United States rising 0.3 per cent; Canada, 15 per cent; Trinidad, 5.4 per cent, and the United Kingdom, 17.8 per cent.

“Not to toot our horn but those are some good results. I hope it continues into February and March to the close of the tourism season to the end of April,” Beache said, noting that each month’s tourism statistics are usually available two months later.

He said the Authority is hoping to implement some initiatives to encourage visits to St. Vincent and the Grenadines in the off-season.

“Let them see St. Vincent and the Grenadines as the place to be, no matter what time of year it is,” he said. “The tourism Authority continues to market the destination, do some public relations to make sure we push it as much as possible.”

The airport has missed several completion deadline since 2011, its initial date for operationalisation.

Beache said the new target is October of this year.

He noted that CNN has listed St. Vincent and the Grenadines among the top 10 places to visit in 2015, before they change.

Beache said that during the Budget Debate last year, MP for Central Kingstown, St. Clair Leacock, an opposition lawmaker, said the Tourism Authority probably wrote the New York Times piece that listed St. Vincent and the Grenadines among the top 50 places to visit in 2015.

“As I keep on saying, internationally, people can’t seem to get enough of us. There is no denying now that the international airport is close to completion and would be finished soon,” Beache said.

He said that media mention such as CNN and the New York Times does a destination a lot of good.

“It is huge. It’s getting the name of St. Vincent out there. Media mention, or feature story is completely different from advertising — me putting a full-page ad,” he said.

He said a full-page advertisement about the country is seen as just as at that — a full page ad.

“Of course, we are going to have nothing but good things to say; we are going to take the best pictures and put them out there. A feature story, where you are getting the opinion of a writer that you trust, goes a lot further, and especially travel writers who go to so many places and they do have bad places that they go to,” he said.

“Travelling is all about the experience. It’s a huge plus for us — a big difference between an ad and a feature story,” Beache said.