LIME partners with youths in search of local talent 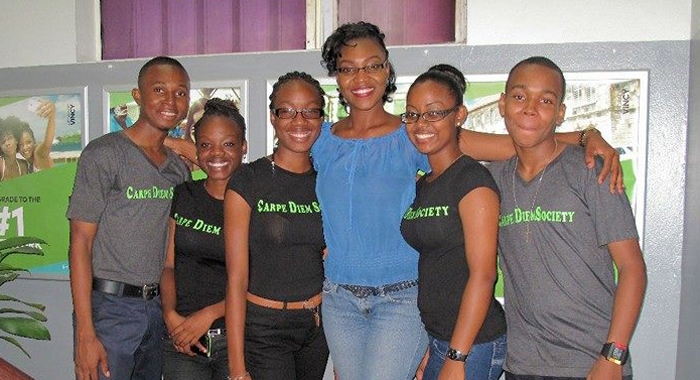 A group of young, talented artistes have partnered with telecommunications provider LIME on a nationwide hunt for like-minded entertainers.

The group, the Carpe Diem Society, kicked off their talent search last Friday on the LIME promenade with resounding success, auditioning persons who could be this country’s next big act.

Secretary of the Society, Vanisha Williams, said the idea behind the group is to identify talent in five particular divisions.

“We are looking for persons between the ages of 16-35, who have a talent in dancing, singing, theatre arts, modelling and creative writing.

“Our aim is to focus on these talents and to recognise creativity throughout the length and breadth of the country, because we know there are persons out there who, if given the right opportunity, can make it on the international stage,” Williams said.

Williams added that with the support of LIME, the Society will be able to accomplish some of the major events that are planned in order to identify the talent.

“We are very grateful for LIME’s support in this venture. They are on board for a number of upcoming events that we have planned, including a camp in August, as well as a “Stop/Show,” where we go around on a truck and raise awareness of what we are trying to do.

“In May, we will be having an audition were we would invite persons to perform their talent for us.”

LIME has always been in support of local talent, and has sponsored a number of entertainers over the years, including the Vincy Soca Dans, and its slate of musical ambassadors.