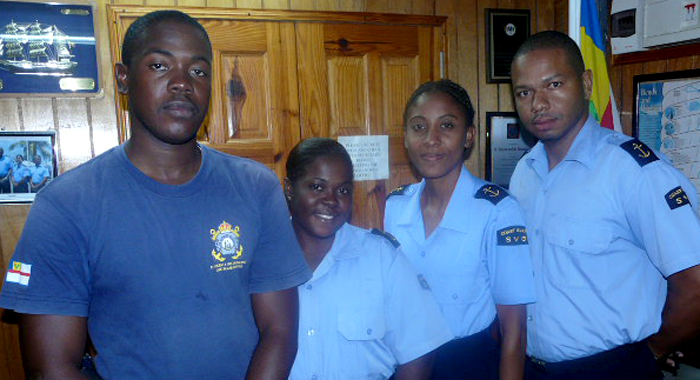 Six Coastguard officers who participated in the Regional Security System (RSS) Basic Seamanship Course 1/15 are raring to put their skills to use.

Compton placed first at academics and second at physical training. “It was a learning experience and we learnt a lot of new things. From the knowledge and experience gained from the course, I feel we are more competent at our duties and responsibilities that we have to perform here,” she said.

Compton said the team will continue to put what they learnt into practice.

Caesar said the course has served to reinforce areas that have been taught to them before.

Roberts, who participated in his second overseas course, said the boat handling training played a critical role in sharpening his skills and has equipped him with the tools to fulfill his role at the coastguard with more confidence.

“Navigation also sharpened my skills as well as maritime law. I am absolutely sure that the knowledge gained will help me with the execution of my duties at sea,” Roberts said.

Nanton said getting the opportunity to work on a larger coastguard vessel than what exist at home and plotting charts for search and rescue missions were critical for his development as a coast guard officer.