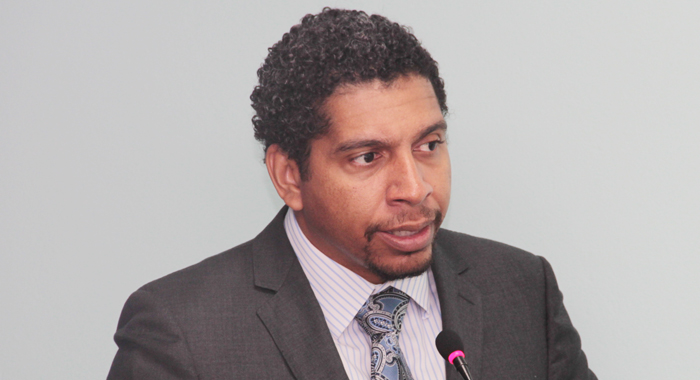 Government senator Camillo Gonsalves has countered the cross-country comparison of rape statistics used by the opposition over the past few weeks to suggest that St. Vincent and the Grenadines is among the world’s leading nations as regards sex crimes against women and children.

The main opposition New Democratic Party has quoted figures from the United Nations Office on Drugs and Crime (UNODC) and the Royal St. Vincent and the Grenadines Police Force and contrasted them to other nations’ statistics to arrive at their conclusions.

Speaking in Parliament last week during the debate of Domestic Violence Bill, Leader of the Opposition Arnhim Eustace said that in 2007 there was collective shame and outrage when a UN report ranked SVG third in the world for rape.

He said that since then there has been a statement from the Inter-American Commission on Human Rights, which said SVG was number one in terms of rape for the period 2000 to 2010, with 802 reported cases.

“I don’t think that anybody in this House of Assembly is happy with the status of women in relation to a number of these crimes,” Eustace said.

Between 2004 and 2011, SVG averaged second among 102 countries in the world in terms of rape, Eustace said, citing UN figures.

“Mr. Speaker, by any measure, a small island country like ours, ranked with 102 countries, finds itself at the top of the ladder, top in the sense of being worst,” Eustace told Parliament.

He said that in terms of police recorded cases of rape in 126 countries, SVG averaged fourth for the period 2004 to 2011.

During that same period, SVG averaged seventh among 92 countries in terms of police recorded instances of sexual offences against children.

In his contribution to the debate, Gonsalves told Parliament that he wanted to address some of the statistical “slight of hand” that had been taking place.

He said the UN website can analyse the data often quoted by the opposition in various ways — including region, year, gender, age — and print the data for countries that the user selects.

Gonsalves, a former ambassador to the United Nations, told lawmakers that each data set includes the caveat that “when using the figures, any cross-national comparisons should be conducted with caution because of the differences that exist between the legal definition of offences in countries and the different methods of offence counting and recording”.

“It means that what we called rape in St. Vincent and the Grenadines might not be called rape in Saudi Arabia. And when Saudi Arabia reports its rape statistics, where a man cannot rate his wife, and where, in Gulf countries, it’s a known fact that migrant workers are raped regularly without any penalty, these things do not appear in UN statistics,” said Gonsalves, who is also Minister of Foreign Affairs.

Gonsalves said that the day after the bill is passed the reportage of sex crimes in SVG can increase, not because of any increase in illegal activity, but because there is a broader definition of the offence and there is a reporting obligation imposed on members of society and the police.

“And it will be expected, it will be strange, in fact, it might be a measure of the failure of legislation if there is not an uptick in the reporting, simply by virtue of the changing definitions and the changing requirements that we are placing on the police and on members of society.”

The senator said that one couldn’t talk about who is number one in the world among 102 countries because there is 193, countries in the world.

He said that while there is talk about SVG being number one in the world and the Caribbean, no one mentioned that Dominica, Antigua and St. Lucia have never reported to the UNODC.

“I am not saying that their data is worst than ours. I am saying that the data set is flawed. I’m telling you that in nine years that I have on this slate here, only three Caribbean countries reported in every one of the nine years, and that is from 2004 to 2012: Trinidad and Tobago, St. Vincent and the Grenadines and Barbados,” Gonsalves said.

“Some report when they didn’t have a bad year, statistically and leave out the next year. Or maybe there is an administrative failing. But, to rely on this data, without deeper analysis is tantamount to fraud,” he said.

“And you can always pick a year out and say in that year St. Vincent and the Grenadines had the worst performance. And it is true, we have had some bad and inexcusable performances and I am not excusing them. I am talking about lies, damned lies, and statistics,” Gonsalves said.