Should we teach our children to share? Or let nature take its course? 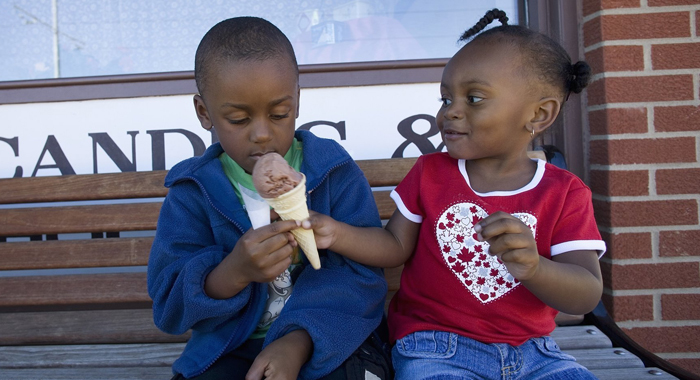 Lecturer in Psychology at University of the Sunshine Coast

A new parenting trend focuses on parents dictating less and leaving children to behave in line with their “natural inclination”. The belief is that the child can eventually figure out they should do the “right” thing for the sake of doing what is right, not because their parents told them to, or offered a reward.

It’s a surprisingly popular idea – and a real shift away from the behaviourism models that suggest children need modelling or direct teaching of correct behaviour and rewards or punishments to shape their development.

If we take a bigger-picture view of parenting, the end goal (hopefully) is to produce a child who can function effectively in society as an adult. And herein has arisen one of the latest questions from these new-age “aparents”: should you teach your child to share? Or, should you go one step further and deliberately teach them not to share?

Before you think this is just another fleeting parenting fad, according to the author of this blog, the “you don’t have to share” approach is being implemented as policy at her child’s preschool.

The main argument put forth is that, in our culture, adults aren’t required to share (their iPhones or sunglasses for example), so why teach such an attitude in our children? On the surface it seems like a fair point – it makes little sense to teach a child to follow a value system that will not be required in their adult years.

A secondary argument is that the law of the jungle (playground) will just as effectively teach children the rules of society without requiring direct parental interference. In other words, let them work it out themselves.

I have some sympathy for this point. I’ve previously documented my concerns about “helicopter” or “bulldozer” parenting and how over-interference from parents may do more harm than good.

However, counter-arguments to both these points are fairly easy to arrive at. While there are certain items we are not expected to share as adults, they tend to be specific and/or situational.

I have, in fact, shared both my phone and my sunglasses when someone had a greater need for them than me (when an urgent call needed to be made and when the driver of the vehicle I was travelling in forgot their sunglasses).

Also many of our social traditions, for example “bringing a plate”, are predicated on the idea of sharing. It’s really not okay for me to arrive at a barbecue empty-handed and proceed to gobble up the food everybody else had provided. So rather than a total no-share policy, which certainly relieves both parents and teachers of getting involved in a lot of fights, perhaps we need to teach children what kind of sharing is socially expected, and when.

Be prepared to accept the ‘jungle’ consequences

As to leaving it to the playground, there has been some very good research looking at what happens when children fail to share. Some interesting sex differences have been noted.

For example, the television programme Catalyst documented an experiment with preschool boys and girls who were given one valued toy to share between them. The boys tend to be very direct, either asking for or snatching the toy. And I think we all know that, left to run, this could very quickly turn into a slap, hit or punch.

Sharing appears to be a human trait rooted in evolution, probably to ensure the best possible chance of survival of a whole group. And research has shown that children who display “prosocial” traits such as sharing demonstrate better outcomes in terms of academic achievement and popularity.

So leaving children to discover the natural consequences of their behaviour is probably a reasonable argument. So long as those same parents who advocate this approach don’t complain if little Johnny comes home with a split lip, or if no-one invites little Sally to their birthday party.

Allowing the law of the jungle to dish up life-lessons is fine, so long as you’re happy to accept the justice that it delivers.

Whether we end up with a society of sharers or non-sharers may well depend on how we have shaped our children’s expectations. I’ll leave to readers to ponder which kind of society they would prefer to live in…

Originally published by The Conversation