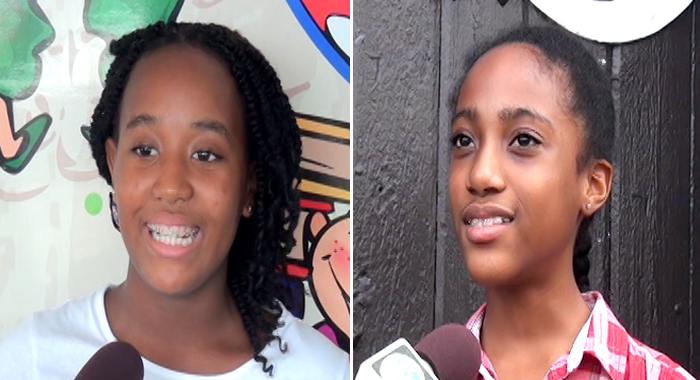 Paige M. Cadogan of the Windsor Primary and Rishona J. James of St. Mary’s Roman Catholic tied for the top position in this year’s Caribbean Primary Exit Assessment in St. Vincent and the Grenadines.

Both students scored an average of 96.80 per cent.

Both students were also among three top performers in English, scoring 96 per cent, the same grade as O-Dya D. Glasgow of St. Mary’s RC.

Donya I. Lucas of Calliaqua Anglican School was third overall with an average of 92.2 per cent.

The student was also the top performer in science, scoring 98 per cent.

Fourth place went to Jonoliah S. John of Lowmans Leeward Anglican, who had an average of 94.8 per cent.

The top performers in maths were Bhokeen E. Henvile of Kingstown Preparatory and Reesha A.N. Thomas of Brighton Methodist, who returned a perfect grade.

The Ministry of Education said on Tuesday that preliminary result indicate that 1,474 of the 1,822 who wrote the examination met the prescribed standard of 50 per cent of the possible 500 marks.

“These results represent an increase in performance over the previous year’s result,” Yvette Pompey, acting permanent secretary in the Ministry of Education.

Forty school recorded pass rate in excess of 80 per cent, compared to 39 schools in 2014.

Of the 1,829 students who registered, 1,822 wrote the examination, which is administered by the Caribbean Examination Council (CXC).

Students’ final scores are derived fro the aggregate scores of both components of the CPEA. That is, the external assessment, which consisted of multiple choice test in mathematics, science and language arts, and from the school-based assessment, which is composed of a project, a writing portfolio, a book report as well as teacher test, pupil-made test and can-do-skills exercises in mathematics, science, language arts and civics.

One reply on “Students tie for top CPEA position”