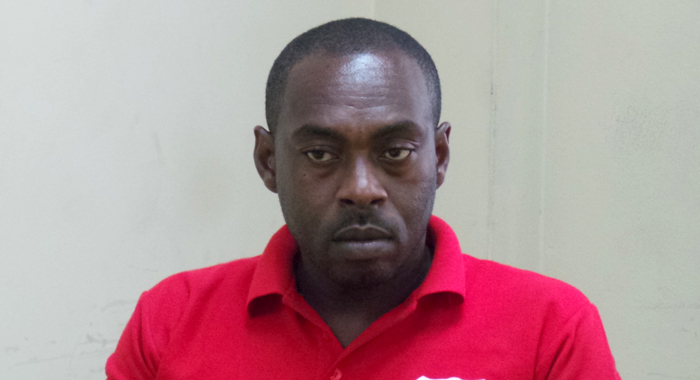 St. Vincent and the Grenadines U23 team returns to training on Monday at the Sion Hill Playing Field with  coach Wade “Elbir” Jackson is confidently looking forward to the next round of competition after they advanced the next stage of the CFU Olympic Qualifiers by topping Group Four in Puerto Rico.

By winning the Group, the Vincentians advanced to the semi-finals of the CFU Qualifiers where they will take on Haiti in Port-au-Prince on Aug 14 for a place in the final and a berth into the CONCACAF play-offs with Qualifications for the 2016 Rio Olympic Games at stake.

Jackson, whose team played to a 2-2 draw with host Puerto Rico and beat regional powerhouse Trinidad and Tobago 5-3, had encountered a number of problems on their way to the tournament and he attributed these hiccups as a possible reason for galvanising the players to perform in the manner they did.

The coach said the team left St. Vincent on a Monday for Barbados to go through what was expected to be easy process of obtaining visas from the U.S. Embassy then moving on to Puerto Rico for the tournament involving the host, Trinidad and Tobago and Suriname.

But he said it took them four days to make it into Puerto Rico after problems encountered at the Embassy.

There were similar problems faced by both Trinidad and Suriname resulting in Suriname being forced to withdraw from the tournament.

Jackson said that upon getting the visas, the team then had to spend a night in the Miami airport before flying out the following day.

“The guys had to sleep on the floor, coiled up in chairs or on bags to pass the night and they also kept their motivation by dancing to Vincy Soca music to keep themselves warm because it was really cold as well,” the coach said.

Jackson said that the team arrived just hours before the match and they were only able to have a “meeting on the run”. He said that the players took to the field with such confidence and commitment that he knew they were going to give a good showing.

“Azhino (Solomon) said to me that what they had gone through was a sign that they were going to win the tournament and it was him who scored our first goal.”

In that match, which ended 2-2, Puerto Rico twice went ahead through Cooper Nungent in the 10th minute and again with Joseph Marrero in the 75th only for Solomon (12th) and Oalex Anderson (80th) to draw level.

“If we had lost that game 2-1 I would have been disappointed but could not have asked for more from these guys. They really gave it their all.”

In the second match, SVG, from a 4-0 lead at half time, conceded three goals in the second period of play to come away 5-3 victors. While admitting that it was too many goals to let in, Jackson said that fatigued had eventually set in plus there was a critical injury concern.

“Our top defender Danroy Edwards had a picked up an ankle injury but because of his importance to the team we just could not take him off but we were never in any danger of losing that game. We always had everything under control. Yes they got some late goals but two of those goals were rebounds from goalkeeping saves,” Jackson said confidently.

Jackson, who prides himself as being a student of the game, said he enjoyed a sense of satisfaction in beating Trinidad while it is being coached by Zoran Vranes, adding that he learnt a lot under the Serbian coach during his time here in charge of local football.

He said he and the team were looking forward to the meeting against Haiti since many of the guys were part of the U17 team that were hammered 6-1 by the Haitians in Trinidad in 2008.

“We are capable of competing and possibly beating anyone we take on right now,” Jackson said.

He said that the performance of the team has resulted in many of the players being approached to play semi-professional football in Trinidad and there are also possibilities for bigger opportunities.

One reply on “SVG U23 footballers confident after Puerto Rico exploits”