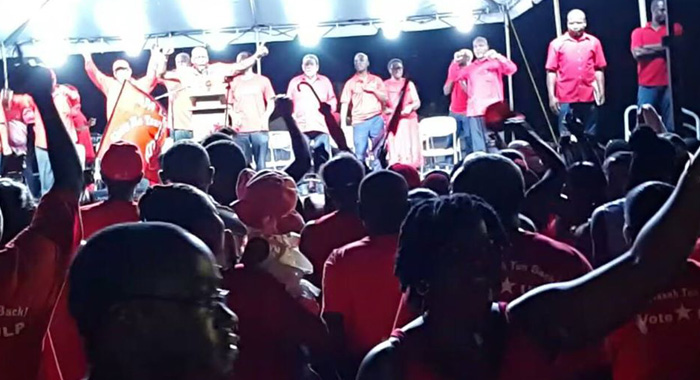 This country was taken by storm in 2001 by the Unity Labour Party (ULP), headed by Ralph E Gonsalves. There were a lot of promises and people were hopeful. With bated breath all waited for the new ULP government to deliver on its promises and move SVG into the 21st century.

So full of hope, that the smallest consideration to the adage, a promise is a comfort to a fool, never visited our minds.

Fools we were to believe that the ULP would have given passage and assent to integrity legislation. This most important piece of law would have exposed and combated corruption in the public sector and in government. Instead, many may be correct to think that never in the history of this tiny rock has there been more corruption and misfeasance in public office. Under the ULP the stark reality that justice has two faces glares alarmingly at us — one face for the poor and one for the rich and or well connected to the ULP. TammyMarks, Cheryl Biddy, Allan Alexander, et al exemplify the latter of those faces — their punishment being a slap on the wrist, a parental rebuke from papa or better yet a more rewarding job.

Poorer fools we were to believe that the ULP would have delivered the cross country road. We were told that this project would improve farmers’ access to the interior and improve the agriculture and trade in general –even to have fresh fish transported from the leeward side of the island to the windward side in record time. None of these things ever materialised. This ill-conceived project was aborted with only a beginning and an end but no middle.

Even poorer fools we were to believe that the ULP had any real interest in promoting youth and sports. Sports enthusiasts young and old continue to ponder about the national sports stadium that we were promised — the government even “broke ground”. Where is it? Clearly, no magic wand brought to life the picturesque portrait displayed at Coreas store in Kingstown. That was all that there was to this stadium — just like everything else, an empty show of stillborn ideas and broken promises.

We have also witnessed a clear disregard for human rights and justice. Three police officers convicted of almost beating a child to death were reinstated to the Royal St. Vincent and the Grenadines Police Force despite losing their convictions on appeal while three upstanding teachers have yet to be reinstated to their jobs although they acted properly within boundaries of the collective agreement between their union and government. And, still the same youngster who suffered at the hands of the wretched officers is yet to have his rights vindicated. The voiceless, nameless victims’ stories are too familiar and numerous. Cruel and dehumanising is the treatment meted out to those who stand up for their rights and freedoms. Under the hands of the ULP Justice is ripe with contempt.

It is extremely disheartening how the ULP’s vindictive style of governance has crippled and silenced the people, the activists and the unions. ULP’s reign of repression and fear, nepotism and cronyism is amplified with increased unemployment, increased violent crimes, and stagnant wages; increased cost of living; increased debt; sub-standard health care and utterly dreadful roads. No other government has had such a nasty track record of managing the public purse. The so-called genius of Ralph E Gonsalves is as fertile as a barren desert! It is gaseous and nauseating! His genius boils down to borrow and beg and when you cannot borrow, beg some more. St. Vincent and the Grenadines is in desperate need of resuscitation!

Never before has St. Vincent and the Grenadines been disgraced with such controversy of a Prime Minister being twice accused of rape. Worse is the fact that, with all the unmovable stain, Ralph E Gonsalves still heads this country. If nothing else, it suggests that we are a morally challenged lot for keeping him there and allowing him to seek another term in office. It is time for that menacing cloud which hovers so heavily over SVG, and saturated with allegations of highhanded corruption and illicit activities to be blown far, far away.

The evidence is there that before the ULP ravaged SVG, the NDP laid the solid foundations for education, agriculture, tourism and financial services. Vincentians, now reduced to shadows of ourselves, were prideful, hopeful and fearless. The cry for change must be realised. The country is desperate for leadership that empowers, encourages, and restores hope and faith in the potentials of SVG!