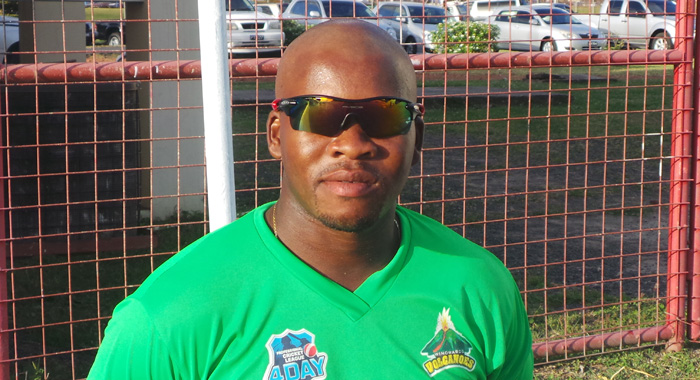 Coach of the SVG senior cricket team, Deighton Butler, is confident that his team can regain the Windwards title which they surrendered last year owing to rain and what then manager, Ortis Jack said were “atrocious umpiring decisions”.

Jack, who died last year, had expressed disgust and disappointment with the officiating citing incidents, which he labelled then as “hometown decisions”.

This year, SVG is hosting the tournament, which is being contested also by Dominica, Grenada and St. Lucia.

Dominica are the defending champions.

Speaking on the eve of the tournament, Butler said he has a good team that is capable of winning the title since most of the players at the peak of fitness and in form as well.

He, however, was cagey on the fitness of left-arm seamer Delorn Johnson, whom he said has made remarkable progress from an aggravated ankle injury.

“Delorn has been working with the physio (Denis Byam) and has not only been doing some running but has been bowling for reasonable periods in the nets. So I can say that based on what I have seen that he is ready to bowl in a match. That is not to say that he cannot get a problem because fastbowlers are never really one hundred per cent fit. But I can say he is good to go,” the former SVG and Windwards captain said.

The team, which was announced on Monday, shows no real surprises with West Indies U19 squad member, promising left-arm seamer Obed McCoy, unable to find a spot in the final 14.

West Indies U19 batsman Gidron Pope gets a chance to play with the likes of Miles Bascombe, Romel Currency and captain Lindon James a lineup augmented by the expected contribution of Sunil Ambris and the languid Atticus Browne, with Desron Maloney if given the chance being able to bat at the top of the order and bowl brisk medium pace.

Butler expects all of the teams to possess good talent and is hoping that the pitches will be good enabling the best performers to rise to the top.

The matches, which get going on Thursday (today) see SVG taking Grenada at the main Arnos Vale Playing Field and St. Lucia and Dominica facing off at the Sion Hill Playing Field.

On Saturday and Sunday, St Vincent and the Grenadines play St Lucia at Park Hill, while Dominica and Grenada meet at Arnos Vale ONE.

The final round of matches sees St. Vincent and the Grenadines facing Dominica at Arnos Vale and St. Lucia taking on Grenada at the Sion Hill Playing Field.