Buildings on fire in Kingstown 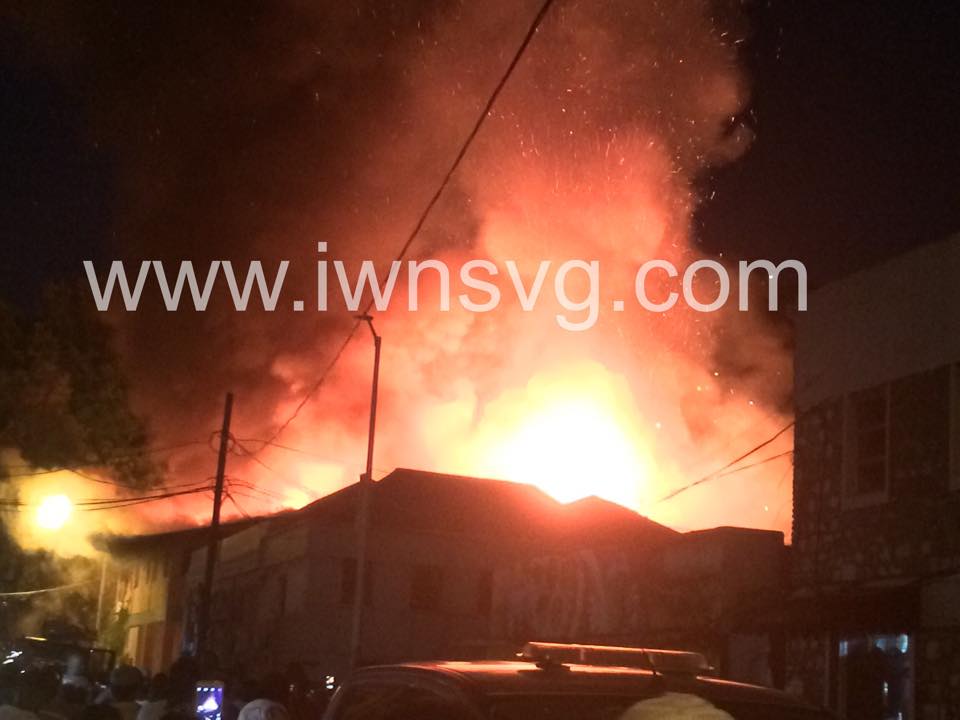 Inferno lights up evening sky as buildings burn in Kingstown

Fire fighters in St. Vincent are battling a massive blaze on Egmont and Halifax St., Kingstown that has engulfed the building that housed the Electoral Office and another that once housed the Social Welfare Department. The extent of the inferno is not immediately clear but the flames seem to threaten the former National Commercial Bank Building that now houses the Registry; and the Ministerial Building.

At least one fire tender is on the scene and several fire fighters and police officers are at the scene as scores of civilians look on. The blaze is the second on in the nation’s capital in a week. Last week Sunday, a blaze gutted the Coreas Mini Mart on Lower Bay St.

5 replies on “Buildings on fire in Kingstown”