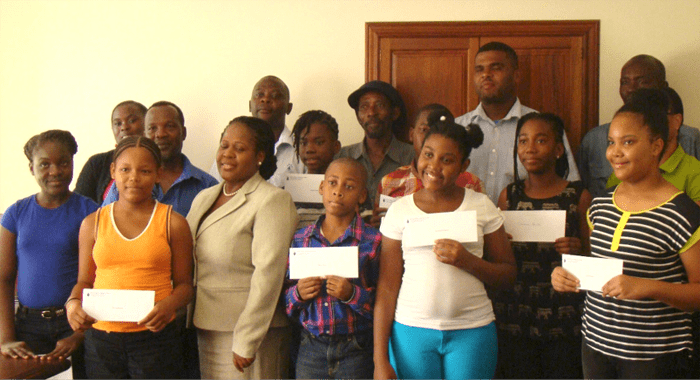 Scholarship and bursary recipients and their parents pose for a photo.

The Central Water and Sewerage Authority (CWSA) has awarded scholarship and bursaries to 10 students whose parents are employed at the authority.

Another five were awarded one-off bursaries as the Authority recognises the efforts made by these students in passing the CPEA examination. They are: D’Mitri Power, Faynesha Peters, Skeshorna Hamilton, Maxian Browne and Deondre Sutton.

The CWSA says it is committed and dedicated to the educational advancement of both its staff and their children, hence the scholarship programme has become an integral part of the programming of the authority.

“We wish to take this opportunity to congratulate all students for their educational achievements thus far and wish them every success on their upcoming journey,” the CWSA said in a statement.