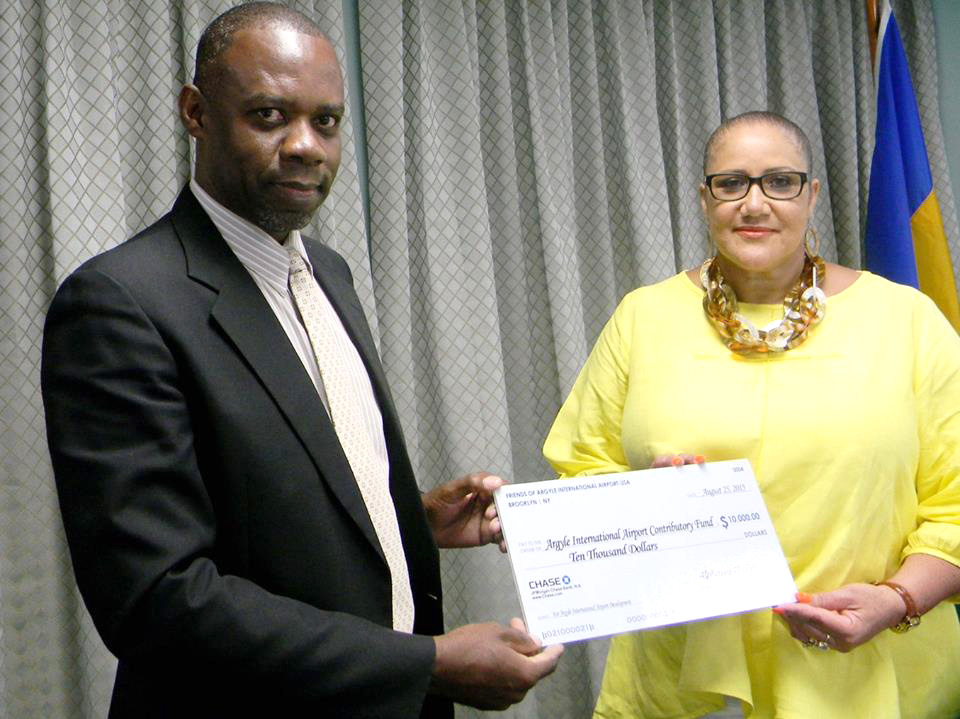 Dr. Rudolph Matthias of IADC receives the US$10,000 cheque from Annett Stowe of FAIA . (Photo: FAIA/Facebook)

The U.S. chapter of Friends of Argyle International Airport (FAIA) on Thursday donated US$10,000 to the project, bringing to US$35,000 their contribution to the EC$700 million airport, expected to open this year.

Annett Stowe of FAIA presented the cheque to Rudolph “Rudy” Matthias, head of International Airport Development Company during a ceremony in Kingstown.

Stowe said the monies were raised through a raffle, the first prize of which was a round trip airfare to SVG. The second prize was US$1,000 and the third prize an iPad.

“We are quite delighted and we are hoping that before the airport opens we can make further contributions to it,” she said.

“We wholly support it and we will continue to do our best in the diaspora to get as much funds as possible to contribute to the airport before its completion,” she said of the project, which has missed completion deadlines annually since 2011.

He expressed appreciation on behalf of the AIDC, the government and all Vincentians, saying all contributions are appreciated.