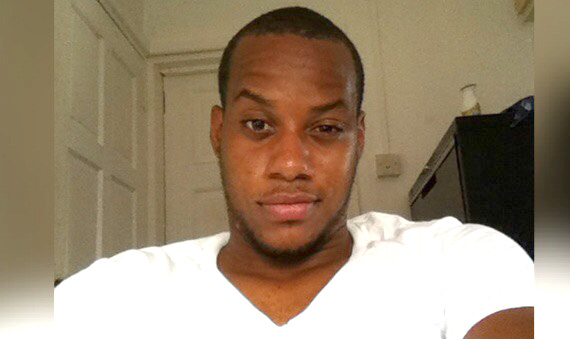 Shavis Trimmingham has accused an opposition lawmaker of causing him to register in the wrong constituency.

A Murray’s Village man who went on radio and accused an opposition MP of encouraging him to register in the wrong constituency in 2010 has erroneously said that Leader of the Opposition Arnhim Eustace accused him of illegal voter transfer.

The man, Shavis Trimmingham, levelled the allegations in a call to the ruling Unity Labour Party’s (ULP) radio station on Wednesday.

He said he had heard that Eustace, president of the main opposition New Democratic Party (NDP), had called his name among persons who had transferred “under doubtful circumstances” into East Kingstown the last four years.

However, Trimmingham’s name was not among six that Eustace announced on the NDP’s radio programme on Monday.

Central Kingstown MP, St. Clair Leacock, also of the NDP, also commented on the same radio programme about alleged illegal voter transfer, but did not call the name of anyone suspected of doing so.

Leacock told I-Witness News that he did not comment on the issue on another radio station or programme on Monday, as a local newspaper is reporting.

Eustace said he will take legal action against the persons who had transferred “under doubtful circumstances” and has since written to Supervisor of Elections, Sylvia Findlay, about the development.

In the call to the ULP’s radio station, Trimmingham said he intends to support Luke Browne, the ULP’s candidate for East Kingstown in the upcoming elections, “because we have formed a close relationship and I do work for him, including driving”.

Eustace has been representing East Kingstown since 1998 and will seek another term as MP for the area in elections that Prime Minister Ralph Gonsalves has said will be called before year-end, ahead of the March 2016 constitutional deadline.

“I was shocked that Arnhim Eustace and St. Clair Leacock could go on radio and try to scare young people from voting –“ Trimmingham said.

He also accused Leacock, an NDP lawmaker and MP Central Kingstown, of “playing on my ignorance of the boundaries and got me to register in Central Kingstown to vote for him in the 2010 general election”.

Leacock has maintained that Trimmingham and his household live in Central Kingstown.

Supervisor of Elections, Sylvia Findlay, who is out of office until next week, told I-Witness News on Thursday, that she will consult with other persons about the boundaries between East and Central Kingstown.

“I will need to have that thoroughly checked because there are some very thin lines of demarcation between some of the boundaries, especially along the border. Sometimes it is extremely difficult to determine what is one constituency and what is the other. I really wouldn’t want to say that I can speak with any degree of authority on that,” she said.

The Trimmingham’s house is sandwiched between a road and a river in Murray’s Village.

Leacock says that the road is the boundary, meaning that Chavis lives in Central Kingstown.

But one of the Chavis’ neighbours and relatives, who live along the same trajectory, says that the river is the boundary, and that he lives in East Kingstown.

When I-Witness News contacted Trimmingham Thursday night about the development, he said, “I am in a meeting and I am not prepared to make a statement now.”

Asked when I-Witness News could contact him again on the development, Trimmingham hung up the phone.