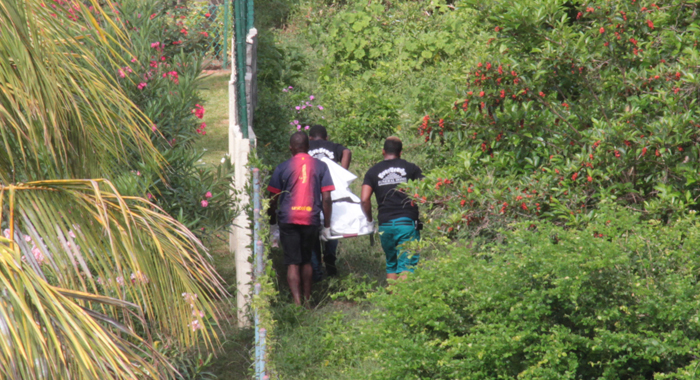 An unidentified man died Saturday morning in Belvedere in what has been described as a shootout with police, triggered by a gun attack on a patron at Huffles Ranch, a popular entertainment venue in Brighton.

Assistant Commissioner of Police Frankie Joseph did not confirm that there was a shootout with police when he spoke to I-Witness News at the scene on Saturday.

“I am not in a position to say that,” Joseph said.

“Police were working at Huffles Ranch and they were called where there were shot heard from the car park at Huffles Ranch. That is how the police initially were involved.

“The police went in search because along that route coming down there, gunshots were heard and then the police followed the gunshots and that is how they actually saw the body.”

Asked if the body had any injuries, Joseph told I-Witness News that that would be determined by a post-mortem examination.

The man’s body was found in bushes in an open field near houses in Belvedere.

Residents of the Brighton and Belvedere and persons who patronised “97 Sunrise – The Take Over Party” at Huffles Ranch Friday night, told I-Witness News that a police officer providing security at Huffles Ranch gave chase on foot after the man shot at the patron in the car park of Huffles Ranch.

I-Witness News was told that officers from the Rapid Response Unit came in vehicles to assist their colleague as he chased the shooter, who ran in the direction of the sea.

Residents said they heard several single, intermittent gunshots then a burst of what sounded like automatic gunfire.

The man who the attacker opened fire on in the car park is said to be a Brighton resident who escaped unhurt.

The manager of Huffles Ranch told I-Witness News he had “no comment” to make about the incident.