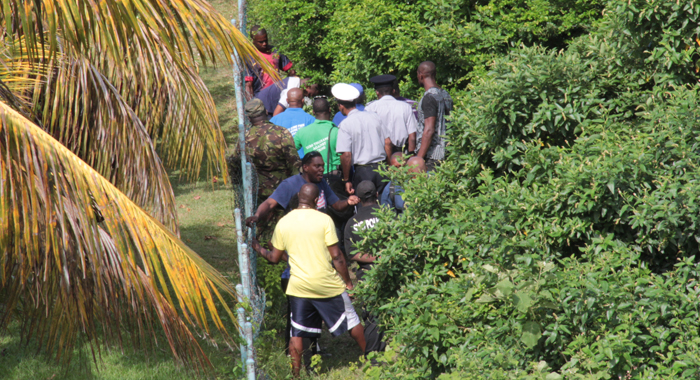 Police have identified a Questelles resident, Rawlson Williams, as the man who died after he traded gunfire with police officers on duty at Huffles Ranch, an entertainment venue in Brighton, Saturday morning.

Police said in a statement on Saturday that preliminary investigations are that police officers were on duty at Huffles Ranch when they heard gunshots in the vicinity shortly after 5:30 a.m.

“The police saw a man shooting at another man and gave chase,” the statement from the Police Public Relations and Complaints Department said.

“The gunman, who was later identified as Rawlson Williams of Questelles, started firing shots in the direction of the police, who returned fire.

“Subsequently, Williams’ body was discovered near to a .357 Magnum revolver in some nearby bushes.

“A post-mortem examination will be carried [out] on the body of the deceased soon,” police said in the statement.

Residents of the Brighton and Belvedere areas and persons who patronised “97 Sunrise – The Take Over Party” at Huffles Ranch on Friday night, told I-Witness News that a police officer providing security at Huffles Ranch gave chase on foot after the man shot at the patron in the car park of Huffles Ranch.

I-Witness News was told that officers from the Rapid Response Unit came in vehicles to assist their colleague as he chased the shooter, who ran in the direction of the sea.

Residents said they heard several single, intermittent, gunshots then a burst of what sounded like automatic gunfire.

The man upon whom the attacker opened fire in the car park is said to be a Brighton resident, who escaped unhurt.