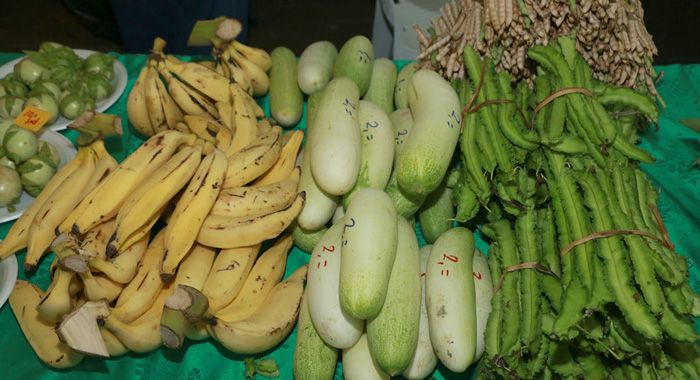 BRIDGETOWN, Barbados (CMC) — A senior Barbados government official says Caribbean countries do not need technology to build bombs and rockets in order to attain the status of developed economy.

But Esworth Reid, permanent secretary in the Ministry of Agriculture, Food, Fisheries and Water Resource Management said the agricultural sector is crucial to the Caribbean attaining developed world status.

“Any country from among us that would have taken the leap to adopt appropriate Government policies and to seek out, through regional cooperation, appropriate technologies to combine and use the natural and primary resources it has efficiently and effectively and to produce critical products that would serve to make that country self-sufficient or close to being self-sufficient,” Reid told participants attending the one-week Caribbean-Pacific Agri-Food forum that ends here on Friday.

The forum, which is being held under the theme “Link — Learn – Transform” is organised by the Technical Centre For Agriculture and Rural Cooperation ECP-EU (CTA), the Barbados Agricultural Society, the Intra-ACP Agricultural Policy Programme and the Inter-American Institute for Cooperation on Agriculture (IICA).

It aims to promote synergies between the Caribbean and Pacific to spur agri-food development and seeks to harness cross-learning between policy-makers, private sector players and farmers’ representatives as a way of harnessing innovative solutions that can benefit the agri-food sector in both regions.

Reid said the only constraint to using agriculture to attain developed nation status “is that whatsoever that country is doing must be sustainable and you must keep out of internal and external conflicts.

“I will go further and say that no developing country can effectively attain a sustainable growth path or developed economy status unless it has a vibrant and sustainable agricultural sector.

“Just take note of most developed countries. They have some of the most vibrant and developed agricultural sectors and more so, most of them are practically self-sufficient in basic food, both at the level of the primary product and at the top of the value-added chain in manufacturing,” he said.

He said that in Barbados, the government has recognised the critical importance of the agricultural sector to economic growth and has been pursuing a number of programmes, projects and ways to stimulate and grow the sector and to make it sustainable.

“This is despite the numerous and severe challenges that the sector had to face over the past thirty or so years, which resulted in the relative contribution it made to GDP (Gross Domestic Product) contracting from as high as 30 per cent in the late 1970s and early 1970s, to under 3 per cent today.”

He said the challenges to using agriculture to achieve developed country status “were many and severe and we are still faced with such challenges.”

Reid said this is why Barbados has designed and submit to the cabinet of ministers, a well-structured national policy on agriculture to carry the sector forward.

He spoke of the challenges that member countries of the African Caribbean and Pacific (ACP) grouping and former colonies of Europe face with respect to the removal of the preferential treatment they once had in the European markets.

“Beside this challenge — and I can only speak specifically of Barbados — we are faced with the severe challenge of praedial larceny which in some ways has been putting undue stress on many genuine farmers and forcing some of them out of business.

“Further to this, as a small island state, we are starting to feel the effects of climate change and this phenomenon has been impacting negatively on the agricultural sector due to long periods of drought,” he said, adding that the situation is compounded by the nation’s vulnerability to the many pests, crops and livestock diseases that may cross into the Caribbean region due to movements in wind, weather systems and the seasonal migration of animal species such as birds”.

He said that only recently the alarm was raised in Barbados about the possible threat of highly pathogenic Avian Influenza from birds migrating from the north on a path through the region, which has the potential to wipe out the nation’s poultry industry.

Reid, however, said that despite these challenges, the Ministry of Agriculture in Barbados has been doing all in its power to ensure that the agriculture sector rejuvenates itself, survives, grows and is sustainable. This is bearing in mind the recognition of its critical importance to our country’s economic growth and development.