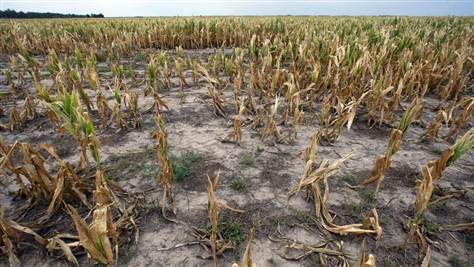 BRIDGETOWN, Barbados (CMC) — Caribbean countries have been warned that if left unchecked, climate-related natural disasters, especially hurricane and drought, could result in losses estimated at US$22 billion annually by 2050.

“This means basically that the Caribbean region can be taken back 20-30 years because of the issue of climate change,” said Juan M. Cheaz Pelaez, senior programme coordinator for Agricultural Policy and Value Chains at the Technical Centre for Agricultural and Rural Cooperation (CTA).

Addressing the Caribbean-Pacific Agri-Food Forum that ends here Friday, the CTA official also noted that climate change left an estimated US$136 billion in loss and damage throughout the Caribbean during the period 1990 and 2008.

“I can tell you there are huge economic losses every year related to climate change and, therefore, the need from all actors that are concerned and that are affected to try and mitigate and adapt and to be proactive to try to avoid that,” he said.

Among the objectives of the forum is to help the Caribbean and Pacific regions make further progress towards resilient communities and climate-smart agricultural practices and policies in the face of climate change.

“In the case of the Caribbean region, as you know, the intensity of droughts, or the intensity of rain or the natural phenomena has a devastating effects on the crop, on farmers,” Chaez said.

“One [climate-related] phenomenon can do away with many livelihoods. So it is a modern part of economics and also of people’s livelihood. It’s very relevant to the Caribbean and to having an economy in general that is resilient and an agriculture that is resilient,” he said.

The week-long forum is exploring the best opportunities to build partnerships that can make a difference as the Caribbean and Pacific regions battle with climate change.

“Being such a big issue — climate change — there are so many initiatives on the ground, so CTA is making an analysis of what is really the state of the art in terms of practices, in terms of polices, around climate change policies and measures, and we are bringing key actors together to identify what’s happening, what kind of assistance is needed, and how, based on that analysis, we can move forward,” Cheaz said.

Chief executive officer for the Barbados Agricultural Society, James Paul, identified climate change among the forces that “threaten the future of the agricultural sector in small island developing states.

“The time to sit idly by and watch it happen has passed and it is through a determined effort to effect policy changes that will counter the impact of the neo-liberal economic changes and mitigate the impact of climate change that we can be successful,” Paul said.

CTA’s associate programme co-ordinator for agricultural and rural development policy, Sampson Vilvil Fare, said “in the Pacific, they do really have some really good interventions and some really good success stories that the Caribbean can also learn from”.

He said that in the area of climate-smart agriculture, the Pacific Islands has implemented drought smart crops and a group from the Caribbean Agricultural Research & Development Institute went to the Pacific to learn those techniques.

“These exchanges are very important. The Pacific is interested in, for instance, having the yellow yam in the Caribbean.

“It is all these exchanges that will help to contribute in a sustainable way, but also contribute to food security in both regions, because, we both face similar challenges,” Vilvil Fare said.