Why Caribbean small farming should be allowed to die 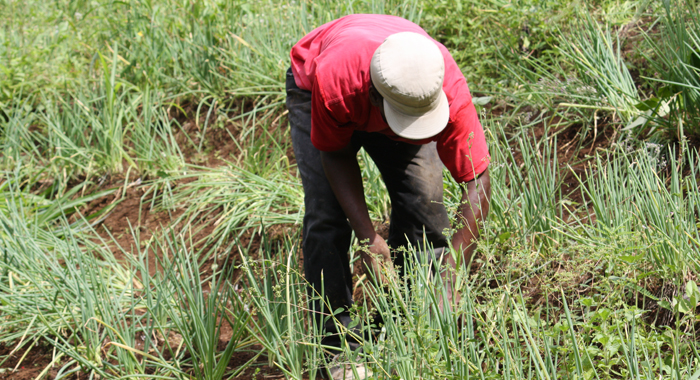 The Food and Agricultural Organization (FAO) of the United Nations has declared 2014 “International Year of Family Farming,” a phrase that is unnecessarily superfluous given that the organization itself asserts that family farms “make up 98 per cent of farming holdings”.

Among other things, this suggests that non-family farming is far more productive and efficient than family farming. The best known reasons for this are mechanization and economies of scale. The 2 per cent of holdings utilise vast amounts of modern machinery, fertilizer, pesticide, and other industrial inputs to produce much higher yields on farms that often measure in the thousands of acres but require a workforce of a handful of people. The result is lots of cheap food for hungry bellies around the world. The best example is the relatively low price across the Caribbean of frozen chicken parts imported from the United States. Save for sky-high import duties, ostensibly meant to protect non-exist local producers of the same items, nearly all food items imported from abroad would also be cheaply available to Caribbean consumers.

But there is an equally revealing discrepancy within the 98 per cent that are family farms. In wealthy developed countries most of these family holdings are also factory mega-farms whose size and scale of operation make the Caribbean slave-based sugar plantations of old look like tiny peasant plots. Conversely, smaller, less efficient family farmers continue to be swallowed up on a daily basis by larger farming enterprises or suburban expansion, a process that began in the United States, Canada, and other Western countries over 100 years ago. During the same hundred-year period, exactly the reverse occurred in the Caribbean and elsewhere with hundreds of plantations divided and sub-divided into thousands of often uneconomical and uncompetitive holdings with the hope of creating an independent peasant class.

Accompanying this divergent development process has been the following outcome: a clear differentiation between countries with proportionately small and large family-farm populations in regard to income, poverty, and wealth levels, mortality rates, employment percentages, and literacy outcomes.

In the richest country in the world, the United States of America, agriculture contributes only a little over 1 per cent to the entire US$17 trillion dollar Gross Domestic Product (GDP) even though 16 per cent of the land is devoted to arable crops –proof of the overall strength of the non-farmland economy;  the per capita GDP is over US$ 53,000; the average life expectancy is 80 years; the unemployment rate is 7 per cent, one of the lowest in the world; the literacy rate is 99 per cent; and the entire farming, fishing, and forestry sector forms less than 1 per cent of the labour force.  (Scource)

The traditional claim is that one American farmer feeds 40 people. But every agricultural input including all tools, machinery, fuel, seed, fertilizer, pesticide, herbicide, not to mention all the food, clothing, and shelter for an American family-farmer, comes from off-farm mainly urban sources. There are also far more people involved in the storage, shipping, processing, packaging, advertising, and sale of agricultural products than there are primary food producers. So it is equally plausible to argue that at least 40 additional people support the efforts of one American farmer. Taken together these divergent assertions show that American agroindustry makes a huge but often unrecognised value-added contribution to the US economy.

At the other extreme, the large West African country of Angola is one of the most impoverished nations on earth with 40 per cent of people living below the official poverty line. The per capita GDP is only US$6,300, average life expectancy is a mere 55 years, at least 50 percent of Angolans are unemployed or underemployed, and only 70 percent can read and write. But even though only 3 per cent of the country(s land mass is under annual cultivation it still contributes 10 per cent to the GDP, testimony to the overall depressed state of the economy.  Fully 85 percent of Angolans are small-scale farmers barely scratching out a hand-to-mouth existence on small plots of land. Despite its huge proportion of primary food producers, a dearth of modern technology and hardy any off-farm employment means that productivity is so low that Angola has to import about half of its food resources.

Turning to the West Indies, the island nation of Barbados “is the wealthiest and most developed country in the Eastern Caribbean.” The per capita GDP is an impressive US$25,000 plus, average life expectancy has climbed to 75 years, unemployment is only around 11 percent, a very respectable figure by global standards, and nearly 100 per cent of Barbadians can read and write, one of the highest literacy rates in the world. Although 28 per cent of the country(s land base is planted in annual crops such as sugar cane, this only contributes 3 per cent to the GDP, underscoring the strength of other sectors of the economy. Over 40 per cent of islanders live in the capital city of Bridgetown, most being employed in the service sector. Only 10 percent of the working population are farmers or farm workers, another sign of emancipation from the land. This represents a huge decline from the early 1950’s when Barbadians began to reject the backbreaking work of manual plantation labour under a sweltering tropical sun for more lucrative, comfortable, and prestigious employment in the emerging service sector, especially the hospitality sub-sector, but also including piece-work in the multinational (sweat shops( that foes of globalization so love to demonize.

The Western Caribbean country of Haiti is the poorest nation in the Western Hemisphere with an unemployment rate of over 40 per cent despite the fact that it became the first post-colonial black-led nation in the world in 1804, highlighting the fact that political independence brings no guarantee of economic prosperity. Per capita GDP is a lowly US$1,300, average life expectancy is a mere 63 years of age, and less than half of Haitians can read and write. But 36 percent of the arable land base is cultivated in annual crops and almost 40 percent of Haitians depend on agriculture for a living (mainly subsistence cultivation using simple hand tools) which contributes 24 per cent to the GDP. These figures are all signs of economic misery:  about 80 percent of the Haitians live under the poverty line and 54 per cent live in “abject destitution.”

Finally, the Eastern Caribbean nation of St. Vincent and the Grenadines has a per capita GDP of US$12,000, which places it half way between Barbados and Haiti, and less than one-quarter of the United States. The average life expectancy is 75 years of age, the same as Barbados, and the literacy rate is 96 per cent, very close to that of Barbados. Almost 20 per cent of the adult working population is unemployed. At least an equal percentage is underemployed. The proportion of arable land is 13 per cent  — a symptom of the thousands of acres of land of all sizes that has been lying idle for decades — which is less than half the Barbados level and contributes slightly more than 5 per cent to the GDP. Still, 26 per cent of the labour force is dependent on agriculture for their livelihood, a sign of both the low productivity and small size of peasant holdings — a combination which has resulted in almost unaffordable prices for many local farm products.

Scores of other examples from the Caribbean and elsewhere could be cited to show the strong inverse correlation between many positive social and economic indicators —  high per capita wealth, elevated literacy rates, long life expectancy, low unemployment levels, modest poverty rates, land fragmentation and idleness, etc. ( and the proportion of the national working population cultivating the soil or rearing animals.

Some of the wealthiest places on earth — miniscule locales like Bermuda, Saint Martin, Hong Kong, Singapore, Monaco — have tiny or non-existent agricultural sectors; in the poorest countries on the planet ( huge nations like Pakistan, Bangladesh, Ethiopia ( the overwhelming bulk of the population barely ekes out a sorry existence growing plants or herding animals.

During this “International Year of Family Farming” most of the focus has been on the small-farm end of the continuum, even though the non-family farm and mega-scale family-farm sectors are constantly producing more food to feed more people around the world. To be sure, the small family farm is not yet dead but from a macro level it is a way of life and a mode of working land and raising livestock that is far from healthy or progressive even though on the micro level many hard-working and enterprising small-farmers have always made a reasonable living as small peasant cultivators.

Hundreds of government departments and NGOs employing thousands of well-heeled bureaucrats around the globe are understandably concerned about the well-being of small-farmers and their families, if only because their own livelihoods depend on supporting this declining economic sector. There are also those romantic idealists inside and outside the establishment who nostalgically decry the marginalization of small-farming, arguing that a rich and vibrant rural way of life is relentlessly being destroyed by the cruel forces of unbridled market competition, mass mechanization, farm-property consolidation, and rural-urban migration. There have even been repeated calls over the years by organised and well-funded farm-lobby groups, dramatised by noisy, sometimes violent, demonstrations and road blockades meant to (save the family farm( by forever retaining, restoring or increasing agricultural subsidies and trade preferences.

But past bail-outs, tariffs, duties, subsidies, preferences and other forms of enforced government interference in the marketplace have done little or nothing to reverse the steady and compelling flight from small farming.

This is not something that ordinary consumers of farm produce should be saddened by because, as I have tried to show, national economic well being and higher individual standards of living, bolstered by the presence of comparatively cheap food, have accompanied the move out of primary agrarian production. These benefits can be easily seen by comparing the socio-economic situation and division of labour in countries that have high and low ratios of small-scale farmers. Such a comparison shows that the lower the proportion of farmers, the higher the levels of economic prosperity and social well-being.

The Director General of the FAO has tacitly agreed with this observation when he noted that:  “agricultural productivity has dramatically increased, thanks also to scientific and technological progress. A growing and increasingly urbanised world population is relying on food production from a much smaller percentage of farmers compared to that of the post-Second World War period.”

When it comes to socio-economic development and poverty eradication at the national level and higher levels of living for food consumers, proportionately fewer farmers and fewer small farms is something we should all welcome