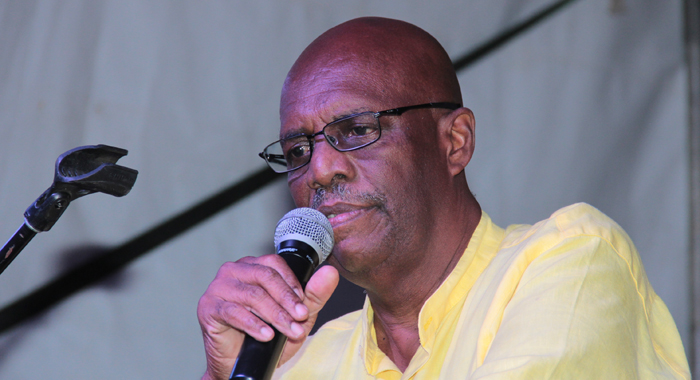 Leader of the Opposition Arnhim Eustace on Monday again said he would honour the government’s promise to pay public sector workers a salary increase in December, if his party is elected to office

The money is to be paid on Dec. 18, Gonsalves said in his Independence Day address.

Eustace had said previously that he would honour Gonsalves’ promise to public sector workers if the main opposition New Democratic Party is elected to office.

He restated that position on radio on Monday, saying, “A government has made a commitment. How can we change that? That’s not how a democracy works”.

The ruling Unity Labour Party is seeking to convince electors that public sector workers would not be paid the salary increase if the NDP is elected.

“I am appalled that people are saying that if a settlement is arrived at I would stop it. If a government settles a salary issue with the public service, teacher, why should I oppose it?” Eustace said in a recent public statement.

He noted that he was a public servant for many years and was president of the Public Service Union when he was 26 years old.

“A lot of people don’t know that I was president of the Public Service Union when I was in my 20s, and I was involved with governments.”

He further said that during the short period when he was minister of finance and prime minister, he negotiated salaries with public servants.

“I didn’t legislate settlements. I negotiated with them. That is how it is supposed to be.

Now, they don’t want to negotiate at all,” he said of the Gonsalves government.

Eustace said that listening to Gonsalves’ announce of the salary increase on Independence Day he was under the impression that the government and trade unions had reached an agreement.

He said he was surprised to learn that the PSU submitted a new proposal to Gonsalves the day before Independence.

“And once a government makes a settlement, if a [new] government comes in right behind that, they have to abide by it … If a settlement is arrived at, we are committed to go ahead with the settlement,” Eustace said.

“So it is not a question of Eustace not agreeing. A government, duly elected has made a settlement and because we may come a couple of weeks later, we can’t just stop   the settlement that has been arrived at. I won’t do that unless I am going to improve it,” Eustace said.