MP mulls over cancelling rallies for fear of election violence 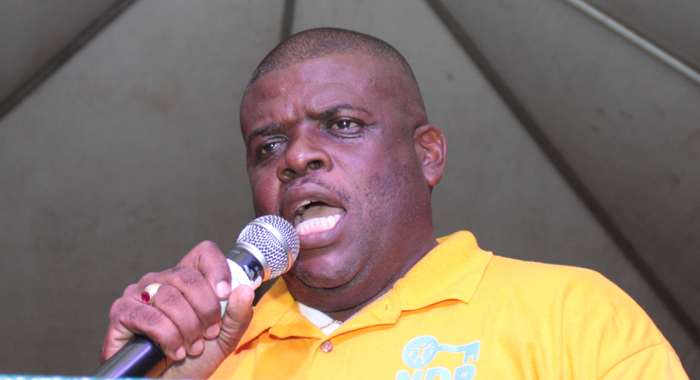 MP for North Leeward, Roland “Patel” Matthews, says he is considering not having any political rallies in some villages in the district because of fear of election violence.

“I am very concerned and because of my concern, there are certain areas I will not be having any political meetings, because from experience, tempers flare and people get emotionally attached to their party in politics and I am concerned about the action,” Mathews told I-Witness News on Saturday.

His comments came in the aftermath of a bottle-throwing incident between supporters of his New Democratic Party (NDP) and the ruling Unity Labour Party (ULP) in Petit Bordel Friday night.

“I know that this election is going to be fought hard by both parties and I am asking supporters of both sides, especially the NDP supporters of whom I believe I have some level of control, to desist from violence,” he said.

The incident, which left several persons with minor injuries, occurred near Matthews’ shop in Petit Bordel, which is located close to another shop where supporters of the ULP were having a barbeque.

“… since the election was announced and even before that, every evening the NDP supporters in Petit Bordel will gather in my shop area; that’s where they will mix and mingle. To come and have a Labour lime, as you describe it, right in the vicinity, not even 10 feet away, to me, that is uncalled for,” he said.

Carlos James, the ULP’s candidate for North Leeward, told I-Witness News separately on Saturday the barbeque was being held at a shop that is an official ULP hangout joint near Matthews’ business place.

“And while we are saying that people are free to meet where they want to in SVG, at the same time, we know what politics entails. We know how people sometimes behave, and I think it was a bit short-sighted on the part of the organisers of that event last night,” said Matthew who was not in North Leeward when the incident occurred.

Matthews did not name the places in North Leeward where he thought election rallies could turn violent.

“I won’t go on record and say right now. That is my personal view. I have to meet with my campaign team and relook the areas that we have meetings planned for and with a view to not having any public meeting in those areas.

“As I said, and my reason for doing that is because I am concerned about people’s safety and I know that when things can prevented, you prevent them. But I won’t call the places at the moment,” he said.

Matthews is seeking a second consecutive term in office, while James, a first-time candidate, is trying to unseat him.