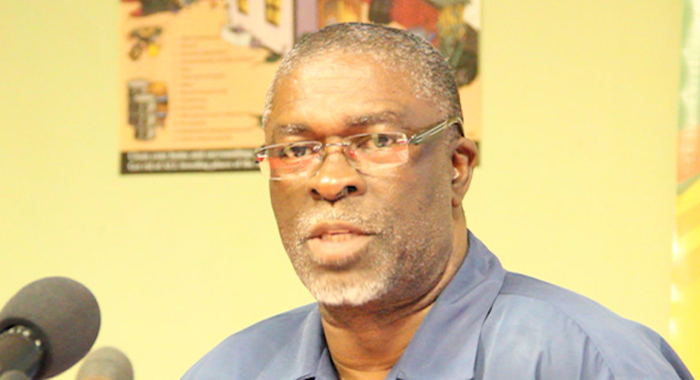 St. Vincent and the Grenadines will send its current and a former minister of the environment to the world climate change talks in Paris in December.

Prime Minister Ralph Gonsalves made the disclosure this week and said that he could be on a plane to Paris on Dec. 10, if his Unity Labour Party is re-elected to office in the Dec. 9 general elections.

Gonsalves told a ULP press conference that Minister of Health, Wellness and the Environment, Clayton Burgin, will be joined by his predecessor, Douglas Slater, CARICOM Assistant Secretary-General for Human and Social Development.

The Grenadines delegation will also include other officials from the Minister of Health, Wellness and the Environment, Gonsalves said.

At the climate talks, SVG negotiates as part of CARICOM and the larger Alliance of Small Island States (AOSIS).

The delegation is the most obvious indication in recent years of the seriousness with which Kingstown is taking the annual global talks.

Other regional negotiators have complained about Kingstown’s failure to send negotiators to the talks, even as CARICOM and other SIDS negotiators are outnumbered by delegations for the developed world, largely the main emitters of harmful greenhouse gases.

The talks are expected to agree a legally-binding accord to keep global temperature rise at levels that experts say are needed to avert catastrophic climate events, which are already having a devastating impact on SIDS, such as those in the Caribbean, including SVG.

Gonsalves noted that St. Lucia Minister of Science and Technology, Sen. James Fletcher, has been a spokesperson for the Organisation of Eastern Caribbean States (OECS) on climate change.

He said SVG, CARICOM and the OECS have clear positions on climate change and what is needed to cushion its impact on Small Island Developing States (SIDS).

“We want to see a legally-binding agreement coming out of COP21,” Gonsalves said, adding that the agreement must not be “something which is optional, something which states can opt into and opt out.

“It is not discretionary, but legally binding,” Gonsalves said, adding that the deal must also include “monies which are legally binding for climate change adaptation and mitigation.

“So targets which are set, which are legally-binding and we have a mechanism to monitor them”.

He said these monies must be apart from whatever bilateral climate financing SIDS might negotiate to include “binding sums which the major emitters in the world can say ‘This is what we are putting into the pot for mitigation and adaptation.’”

Gonsalves cited the coastline of St. Vincent as an example of the impact that climate change is already having on SIDS.

“We are losing our land on a rapid rate,” he said.

“We are dealing with countries on a bilateral basis and enlisting monies which we have,” he said, adding that his party’s manifesto outlines his party’s position on climate change.

The manifesto says “… St. Vincent and the Grenadines, the OECS and CARICOM are at the forefront internationally in championing the case of SIDS, in seeking to ensure the arresting of harmful climate change and the prodding of developed countries and those emerging economies which are largely responsible for ‘man-made’ climate change to embrace meaningful ‘climate change’ goals and to provide a sufficiency of resources to SIDS for adaptation and mitigation.”

COP21 takes place from Nov. 30 to Dec. 11, and the ULP manifesto says the talks are “a vital staging post in the quest to adopt and implement a legally-binding agreement in combating climate change”.

Gonsalves criticised the main opposition New Democratic Party, noting that its manifesto does not outline a position on climate change.