‘The motor vehicle is fast becoming a dangerous weapon’ — PM 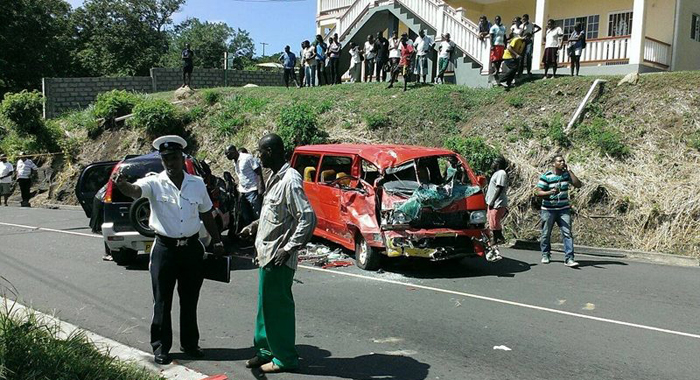 With 25 persons having died in 2015 as a result of motor vehicle accidents, Prime Minister Ralph Gonsalves says that the motor vehicle “is fast becoming a dangerous weapon”.

He used his national address on Tuesday to mark the beginning of the New Year to appeal to drivers to do better on the nation’s roads.

“There is too much careless and reckless driving. The motor vehicle is fast becoming a dangerous weapon. In 2015, 25 persons died in road traffic accidents, and dozens more suffered injuries. Surely, all of this is unacceptable,” Gonsalves said.

Gonsalves, who is also Minister of National Security, said the Police must better enforce the traffic laws, but added that drivers “have an over-riding obligation to drive with due consideration for other road users.”

He said that the government will in 2016 “embark upon a focused national conversation on this matter with a view to implementing appropriate changes.

“We must be very serious on this issue; it has become one of life and death.”

Gonsalves said the government also intends to build upon its existing efforts to stamp out violent crime, including gun crimes, and theft of farmers’ produce and animals.

“Further appropriate measures will shortly be announced. Hard working farmers deserve more protection from the ravages of these unconscionable persons who want to reap that which they did not sow; and homeowners must feel safer from burglars,” Gonsalves said.