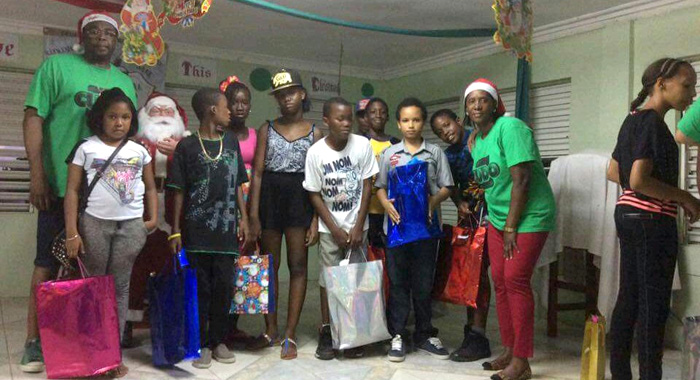 Residents of the Calliaqua area, young and old, were the beneficiaries of the first community outreach project, sponsored the Calliaqua United Diaspora Organization (C.U.D.O) over the holiday season.

This young and vibrant group, based in Brooklyn, New York, was formed in November 2014 with a mission to positively enhance the development of Calliaqua and its surrounding areas, re-enforcing our belief that no distance of place or lapse of time can lessen our love for our area.

The first was on Dec. 19 at the Calliaqua Anglican School, the school’s first Christmas extravaganza, where toys were distributed to students.

Lending assistance on the ground were principal Jillian Dougan, her assistant, Vervine Samuel, and Skeeter McLean.

A few days later, 25 elderly persons received food baskets. The smiles on their faces were priceless as they expressed how appreciative they were at not being forgotten.

The group’s next fundraising venture will be on Feb. 20th in the form of its second annual back in time dance at the Friends Of Crown Heights, 671 Prospect Place, Brooklyn, between Bedfrod and Franklyn, 8 p.m. too 2 a.m.