Mother puzzled as to why daughter’s father allegedly killed her 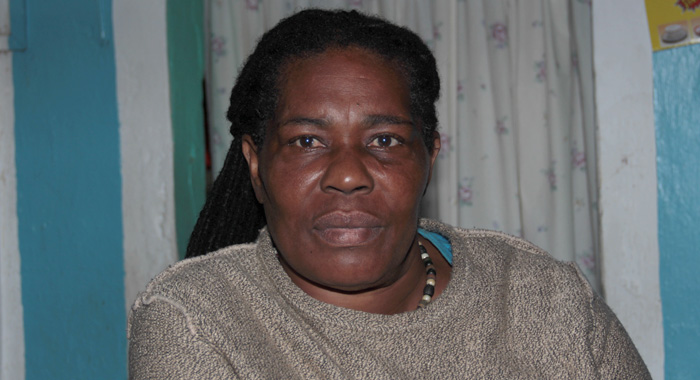 It would have been Caruth’s second trip to St. Vincent, the land of her birth, since she migrated to the United States with her father, William Caruth, two decades ago.

But, instead, Collis will never see her grandchild, and she will bury her daughter on Jan. 24, three weeks after she was murdered, allegedly by her (Caruth’s) own father in New York.

Police found Anndrea’s body in a crawl space in her Bronx apartment on Jan. 6, three days after she was last seen alive.

They say she was strangled, her head was smashed and that she suffered skull fractures and brain injuries.

Mr. Caruth, a former teacher at the Buccament Government School in Dubois before migrating to the United States in the 1980s, is expected to stand trial for her murder.

Collis, who runs a shop in Dubois, told iWitness News this week that her daughter was a “good” child who ensured that all her mother’s bills were taken care of, and would send Christmas barrels annually, as well as birthday gifts for her siblings in St. Vincent.

“I love her a lot. She supported her brothers and sisters and we could depend on her,” the grieving mother told iWitness News.

She wondered what could cause Mr. Caruth to kill their child, as police are alleging.

Collis told iWitness News that she and Caruth have two children, Anndrea and Alex, and she did not object to their migrating to the United States with him, when he asked her two decades ago.

She said she last spoke to her daughter on the Sunday, Jan. 3, the day she was last seen alive.

Collis told iWitness News that Anndrea never complained about a bad relationship with her father.

News media in New York say that there was a dispute between the father and daughter over a second mortgage Anndrea had taken out on the home.

Anndrea told her mother that she would call her again later that day, but that call never came.

Collis said that she and William do not communicate, but he called her to say that their daughter  was missing.

Further, she said that even before Anndrea was found dead, some of William’s relatives called her and claimed that Anndrea’s boyfriend, Vincentian, Lincoln Grant, originally of Rillan Hill, who also lives in New York, had killed her.

“That went on for a while,” Collis told iWitness News.

She said that she has a good relationship with Grant, and apologised to him after William was charged with Anndrea’s murder.

Collis would learn of her daughter’s death when Alex told her that his sister had been found.

“I said “that is good,” Collis told iWitness News.

And as Alex was relaying the message to his mother, her boyfriend called her, saying that the television newscast that Wednesday night included a report about William being charged with their daughter’s murder.

She will be buried in Penniston, St. Vincent on Jan. 24 after a funeral service at the Vermont Seventh-Day Adventist Church, at a time to be decided.