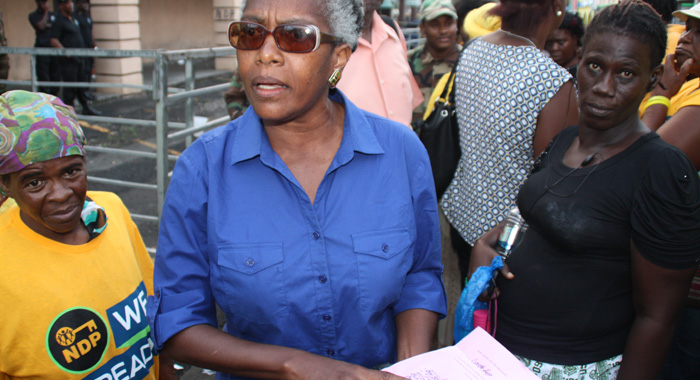 Prime Minister Ralph Gonsalves says he has sent to his lawyers copies of comments allegedly made by political activist Luzette King, which he says are defamatory.

“I heard a tape that she said that I ordered the police to use teargas against innocent protesters and that I gave instructions to use full force against them, and then she went further to say that people must tell the whole of the world, all the CARICOM countries, everybody, because, here I am, a leader of the reparations movement but I am instructing, directing that black people in St. Vincent and the Grenadines be teargassed,” Gonsalves said on radio on the weekend.

“Now, what she is saying, explicitly, is that I have misbehaved in public office,” said Gonsalves, a lawyer.

“I do not have any authority to direct or instruct the Commissioner of Police to do such thing. So, if I do that, I will be stepping over every legal boundary. And the fact of the matter, I did no such thing,” the National Security Minister said.

Gonsalves said that as Minister of National Security and Prime Minister, he is very careful with what he says and what he discusses with the police chief.

“I address, as Minister of National Security, issues of policy and availability of resources,” Gonsalves said.