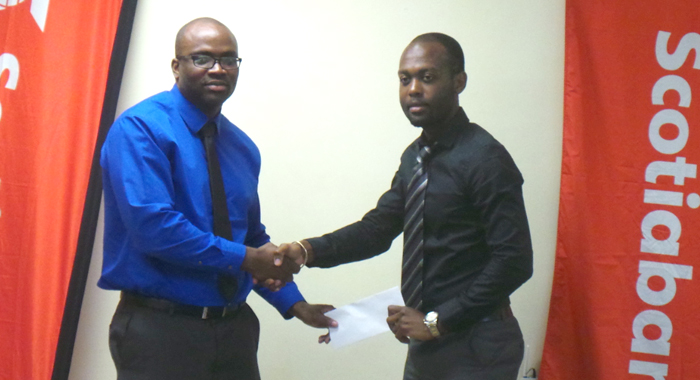 Some of the country’s top junior cricketers will begin their path to possible stardom today (Wednesday) when they compete in the inaugural Scotiabank Inter-Secondary Schools U15 cricket tournament.

President of the SVG Cricket Association, Kishore Shallow, said the tournament was organised to offer the players who move from the primary setup into the secondary school system a chance to play the game.

“What we found is that when the youngsters left the primary schools, they did not have that opportunity to play cricket on a regular basis. So, by having this tournament, they will be able to play, say, up to Form 2 and 3 before going on to play in the senior secondary schools tournament,” Shallow explained at media launch of the tournament on Monday.

He said the absence organised schools cricket has had a negative impact on the development of the game at the junior level and while there have been some good performances by individual players over the years, SVG has failed to reap the success it once did the Windward Islands level.

Shallow said that not only has the team not feature as contenders for the title which they won on numerous occasions in the past, but also in recent tournaments, they have ended in the cellar position and in some cases done so without even winning a match.

Shallow also pointed out that some of the players in the Scotiabank Inter-Secondary Junior Tournament may be added to the current U15 training squad, which is preparing for the Windwards U15 tournament set for Dominica in April.

The vehicle, which will be used in the initial journey to possible fame and fortune, is Scotiabank, which has pumped EC$20,000 into the tournament.

At Monday’s launch, Commercial Manager at the financial institution, Syran Clarke, said his organisation is fully committed to the development of youth cricket and is confident that the SVG Cricket Association will do “an excellent job” in organising the tournament.

Clarke pointed to Scotiabank’s support for Kiddy Cricket over the years and said that this partnership is a clear testimony of its commitment.

He said that Scotiabank will be looking at being in partnership with the SVGCA in this venture and did not rule out the possibility the bank being involved in other cricket initiatives.

Seven teams will take part in the tournament and Shallow pointed out that a higher number was not possible as many of the schools were unable to field a full team. He said that in order to alleviate this setback, the SVGCA is looking, with the help of the Ministry of Education, to see if they can merge teams for the 2017 tournament, as it was not possible for this year.

Both matches will bowl off at 10 a.m.

The matches will be preceded by an opening ceremony, which will hear addresses from representatives of the sponsors as well as government and sports officials.
The marches are 30-over affairs and will be played at the Arnos Vale Playing Field