Further to the allegations of spite regarding Phillip Jackson… 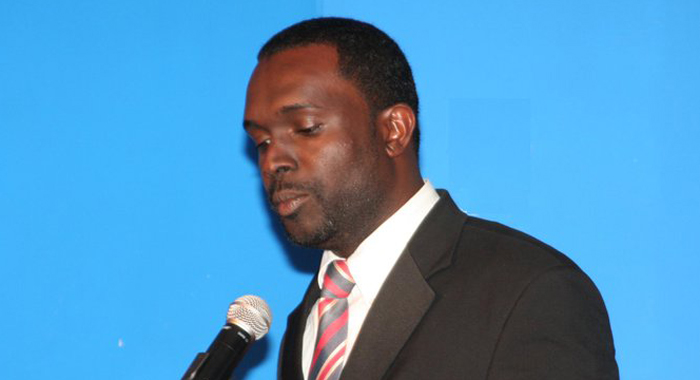 If the Public Service Commission (PSC) endorsed Phillip Jackson’s scholarship application through a letter to UWI in 2014, but denied him study leave, did someone spitefully put the spoke in and stop him going on to study at UWI?

It was stated in the iWitness News article, “Good reason’ why public servant denied leave to study government ‘priority’ course”, that the Public Service Commission PSC would have good reason why it denied a public servant study leave to take up a scholarship in an area that the government of St. Vincent and the Grenadines (SVG) has identified as a priority.

But they not only said it was a priority course but previously recommended the man for the course. So what exactly would that good reason be? Was it a matter of partisan politics at play? If it was someone in the PSC playing partisan politics and Gonsalves does not ask the question of them and have the situation corrected if they are, well in my mind that is exactly the same as if it was done on his direct instructions.

The article went on to state that Prime Minister Ralph Gonsalves noted at a press conference last week that the public servant, Phillip Jackson, is an open critic of the government, adding that this is no reason to “positively discriminate” in his favour.

Well that sounds very much like a crude attempt on the part of the Prime Minister at reverse psychology to me.

The article further stated that, “the Gonsalves government is being accused of victimising Jackson politically after it did not approve his study leave to take up a scholarship to pursue a doctorate (PhD) in economic development policy at the University of the West Indies (UWI).”

What I cannot understand is the same point as mentioned in the IWN article is that one of the basis on which the scholarship was awarded is that the area of study by Phillip Jackson is deemed to be a “priority research area” by the government of SVG and the government via the PSC confirmed it was. So if it is a priority research area and Phillip Jackson was well qualified and previously recommended by the PSC, the man deserves a good reason for the refusal to give him paid leave, or any leave when it comes to that, and now it’s become public the public want that information too. I would hope that the UWI will also make their voice heard, but I doubt they will. I am told they are once again owed a huge amount of money by SVG; they might just be cowered into staying mum.

The scholarship in question is a UWI-12+1 Scholarship and one is available to applicants from each of the countries of Anguilla, Antigua & Barbuda, Bahamas, Belize, Bermuda, British Virgin Island, Cayman Islands, Dominica, Grenada, Montserrat, St Kitts and Nevis and SVG.

Jackson fitted the requirements for being accepted for the scholarship, also the PSC endorsed Jackson’s scholarship application through a letter to UWI in 2014, and said that Jackson’s research proposal fits into the government’s priority.

But this is not just anyone this is a brilliant young man who applied for the scholarship originally with the backing of the Public Service Commission. So what exactly went wrong?

Gonsalves also said “In fact, if every single person who applies for study leave gets study leave, there will be a breakdown of the public service,” he said, adding, “but indeed to say this, that there are very few persons who get study leave to go to do a PhD face-to-face.”

But this is not every single person. This is one man previously recommended, albeit he is not a ULP supporter, and Gonsalves gets reports about him from time to time berating the ULP and him on Nice Radio.

Gonsalves continued, saying that he understands that the PhD is for a period of three years “and what is requested, I have been advised, is study leave with pay”.

So here is some evidence that Gonsalves knows of the matter and has at some level discussed it, so it being raised at this press briefing we can see came as no surprise to him.

He said the normal way when study leave is given for that period is full pay is given in the first year and half pay in the second and third year.

The details which Gonsalves never mentioned are that the first year would be at the University and the following two years would be distance learning at home in SVG. So why was Phillip not offered whatever portion the government wanted pay instead of simply turning him down and perhaps or perhaps not deliberately destroying his future.

Gonsalves then offered his side to the allegations and said that neither he, as Prime Minister, nor any minister gets involved in the issue of granting or denying study leave, but added that he happens to know that Jackson had applied for study leave.

There is not much that Gonsalves will miss, particularly if it concerns someone who does not support him or who openly opposes him.

Gonsalves offered more to the explanation “He didn’t come to me, but I heard about it. Incidentally, not through the state administration, but you know it is a small place, people — and I didn’t raise it with anybody either to grant or deny.”

So here again is evidence that Gonsalves, at some juncture, discussed it with someone. Did he say if that was before or after the rejection of the young man’s request? I don’t think he did.

But these are the bodies Gonsalves should ask, he is well known as being the boss and these committees, I am sure, do not do things to displease him. I actually think if a committee rejected Phillip it was because they thought it would please the boss.

Phillip Jackson does not traduce the government all the time on social media, he does what so many people do: he comments on wrong when it is obviously wrong, and that is not necessarily against the government, it may be against the ULP or Gonsalves, he is employed by the government not a political party. That cannot be a reason for someone or some committee to apply spite and malice on the man, whoever or whosoever that may be doing such.

Gonsalves, however, said that he does not deal with the disciplining of public servants.

He said that the fact that someone is opposed to the government should not be a consideration for the PSC to grant study leave out of fear that they would be accused of political victimization.

Now we are at the crux of the matter here is a little eye-opener, here is another dose of what I would describe as reverse psychology.

Pulling what may be described as a hurt expression, he told reporters, “That is an absurd reasoning which no reasonable person can countenance.”

Gonsalves went on to say, “I believe that the Public Service Commission, in its determination, would have good reason why it acted in the absence of any political consideration.”

So, Comrade, you have spoken to them. What is the political consideration you refer to, what does that mean? Now, please tell us exactly what the good reason was.

I vote that we give Gonsalves the benefit of the doubt and let’s see how he handles it before we come to any final conclusions.