Local monitors’ election report could be available ‘within a week’ 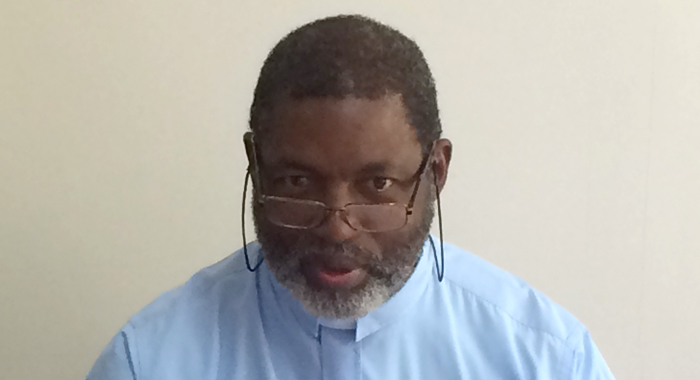 Head of the local election-monitoring organisation, Catholic cleric Monsignor Mike Stewart says that the group will release soon its report on the Dec. 9 general elections.

The National Monitoring and Consultative Mechanism (NMCM) is yet to release its report on the poll amidst political tension after the vote as the main opposition New Democratic Party (NDP) has dismissed the results as fraudulent.

Election officials say that the Unity Labour Party won the elections and a fourth term in office by a margin of eight seats to the NDP’s seven. But the NDP is claiming elections fraud and has filed two petitions.

Regional, hemispheric and international observers submitted reports days after the vote, saying that the vote was free and fair.

But the NDP says that it is waiting to see the NMCM’s report, saying that as a local monitoring body, they have a unique perspective on the election.

The actions of the ULP administration suggest that it ignored at least one of the NMCM’s suggestions ahead of the polls — that it suspends the distribution of building materials.

This, however, came to an abrupt end after the elections and a fire at the storage facility later destroyed a large amount of the materials, which the government said were for its social programmes, but the opposition claimed was used to sway voters.

“Well, the report is in draft and the report would be submitted soon. It would be given to the relevant authorities. I would say very soon,” Stewart told iWitness News on Tuesday when asked about the status of the report.

He said that he hopes it will be available “within a week”.

Asked why it is taking the NMCM so long to release the report, Stewart said:

“Well, of course, a report has to be prepared and one of the difficulties we’ve had is that the person who has been preparing the report has also been very ill and is recovering.”

He said secretary of the NMCM, Godfrey Samuel had been ill.

“But I say to you, the report will be out very soon,” Stewart told iWitness News.