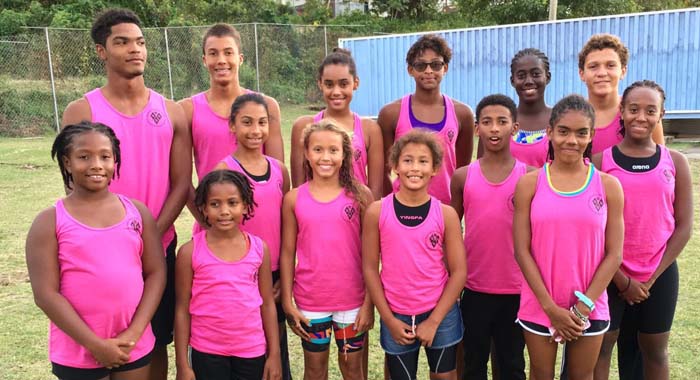 Swimmers from St. Vincent and the Grenadines’ Black Sands swim club brought home 22 gold, 13 silvers and 7 bronze medals and broke many meet records at the Rodney Heights Aquatic Centre Invitational Swim Meet held in St. Lucia on the weekend of March 31 to April 3.

Fifteen swimmers from Black Sands swim squad attended the meet, in which over 300 swimmers from numerous islands across the region Caribbean participated.

Jamie Joachim proved natural talent runs in the family in producing an outstanding performance in the 50m rutterfly resulting in her winning gold as well as smashing the meet record.

Black Sands coach, Kyle Dougan, expressed delight and satisfaction from the results of the weekend’s competition, praising swimmers for their competitive drive and hard work resulting in such an impressive display.

Dougan also mentioned that his club is actively looking for more swimming talent and he would like to encourage and invite any persons interested in trying out the sport.