Union head calls on teachers to return to first love 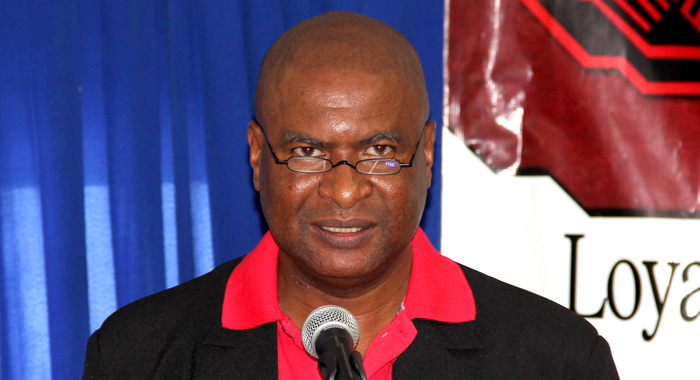 President of the St. Vincent and the Grenadines Teachers’ Union, Oswald Robinson, has called on members of the trade union to return to their “first love”.

He made the call at the union’s 19th biennial convention in Kingstown on Tuesday.

He said it was not by chance that the theme of the convention was “Commitment and Loyalty to your Trade Union: The Gateway to a Brighter Future”.

“It is to test us. To some, we have to say return to first love. To those who have demonstrated committed and loyalty, I want to admonish us to do likewise.”

Robinson said the union rightly deserves commitment and loyalty from its members in order to be effective in ensuring a brighter further for all.

“And the question I want us to reflect on, how committed and loyal am I? Each of us must ask that question. The answer that you get … will determine where we are … And I am saying commitment and loyalty must be part of our psyche. This is something that must motivate us, must propel us to respond when the trade union calls for action. Otherwise, it makes no sense we have a union.”

He said the focus of the last biennial was on teachers achieving higher education, adding that the union believes in quality teaching and learning.

“I am hearing voices all over the place. Some people just jump from here into government and they are attacking the very profession. And when we speak of quality education of which the teachers of this nation, this awesome responsibility is upon our shoulders, we have to do our best, but it’s not the teachers alone.”

He said policymakers fail to realise that they too are partners and have an important role to create the environment, to provide quality resources.

“They’re missing these. You see, when they leave St. Vincent and the Grenadines and they go in the region, they beat up on teachers. But we know, we get the information too and our colleague out there will answer them, too,” Robinson said.

He said there is a constant battle and there are persons who plan a competing activity every time the union plans one.

“But, my grandmother says, ‘Every day the bucket goes to the well, one day, the bottom will drop out,’” Robinson said.

“I am saying now is the opportunity. We have to strike now, while the iron is hot. We have to make hay now that the sun shines. If we fail to do that, we will do an injustice to the future generations. So we have to lay the platform now for them so that they will embrace this great organization. They will not hesitate to jump on board and continue to build on the legacies which have already been established by those who have toiled for this great organization,” the union leader further said.