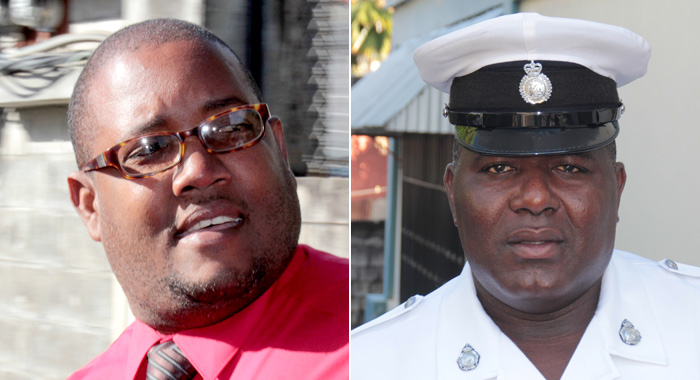 An inspector of police who was the subject of an intense and forceful cross-examination cited his rank to a police prosecutor at the Serious Offences Court in Kingstown on Monday.

“You are a station sergeant. You relax,” Browne responded to Richards, who is also a member of the National Prosecution Service.

Richards, who was in his police uniform, did not respond, but Connell cited the development and asked Chief Magistrate Rechanne Browne-Matthias, who was presiding, if she had heard Browne’s comment.

The magistrate noted to Connell that it was also unacceptable that his voice was raised during the section of the cross-examination leading up to Browne’s comments.

With tension thick in the courtroom, the Chief Magistrate told the parties that she could rise for a few minutes and allow them to calm themselves or they could volunteer to take things down a notch.

But later, as Israel Bruce, also a defence counsel, was cross-examining the detective, Browne again cited his police rank when Richards instructed him to answer the defence counsel’s question.

Bruce told Browne to stop citing his rank to the prosecutor, noting that Browne was in court as an officer of the court and not as a station sergeant of police.

Richards also pointed out that fact, telling his senior officer, “I am here as an officer of the court and not as a station sergeant.”

Browne, responding to Bruce’s comments, said, “You don’t know the rules of our organisation,” — and apparent reference to the Royal St. Vincent and the Grenadines Police Force.

The exchange took place during the preliminary inquiry into a murder charge against Union Island residents, Derrol Small, Kemroy Craigg and Ekron Thomas.

They were charged with the Aug. 1, 2015 murder in Union Island of Allington Cain of Byera.

The magistrate discharged the accused after hearing evidence from some six witnesses.

10 replies on “Detective pulls rank on police prosecutor in court”