Man shot and killed in Kingstown 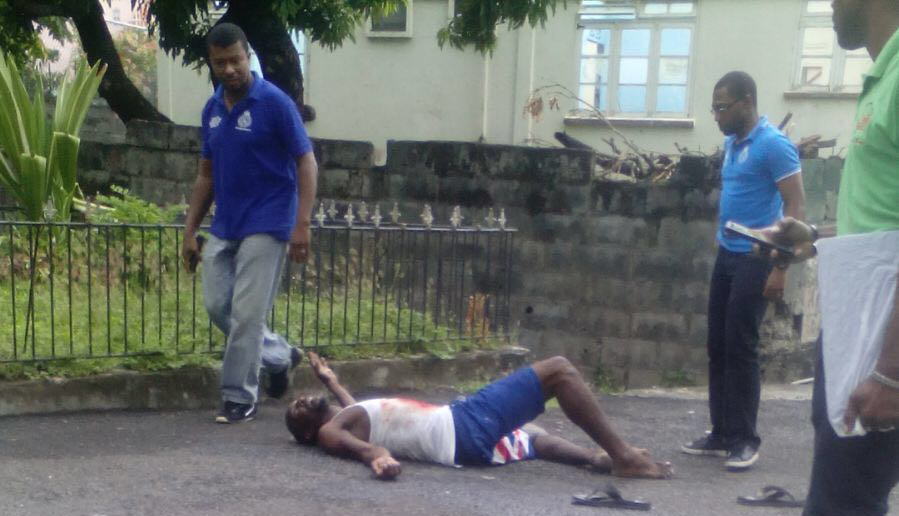 Police prepare to transport then wounded man to hospital. He died sometime after leaving the scene.

The homicide count in St. Vincent and the Grenadines increased by one on Saturday when a man died after being shot in Kingstown — the second such killing this week.

The man has been identified as Wilmore Goodgie, also known as “Tally Greene” of the Questelles-Chauncey area in South Leeward.

Goodgie was shot in the Paul’s Avenue area around 4 p.m. Saturday.

Witnesses say they heard several gunshots and saw two men, one of whom had a pistol, running away from the scene.

Sources say that Goodgie was shot several times in the torso.

Police who responded to the incident transported Goodgie to the hospital, but he died shortly after.

Pollin, who is originally from Vermont, received a bullet to the chest and died on his way to the Stubbs Polyclinic.

Richard Barnwell, Pollin’s cousin, was also shot in the chest and hand at the same shop on Wednesday, but survived his injuries.

One reply on “Man shot and killed in Kingstown”