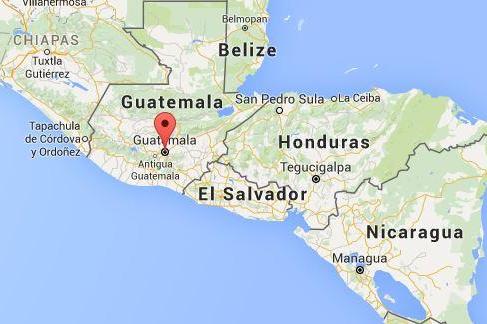 PORT MORESBY, Papua New Guinea (CMC) — Leaders of the 79-member Africa, Caribbean and Pacific (ACP) group of nations have sided with Belize in its on-going border dispute with Guatemala.

In the Port Moresby Declaration at the end of the 8th ACP Summit on Wednesday, the leaders also noted with alarm “reports of violence directed at Guyanese citizens and officials in the Cuyuni River as well as threats against enterprises operating within the borders of Guyana as defined by the 1899 Arbitration Award”.

Venezuela has renewed it longstanding claim to a huge part of the Essequibo — nearly 40 per cent of Guyana’s current territory.

At the same time, tensions between Guatemala and Belize over a border dispute have risen sharply after a number of shooting incidents, including one in April in which a Guatemalan teenager died.

ACP leaders said they “strongly reaffirm unequivocal support for Belize’s sovereignty and territorial integrity in relation to on-going tensions along the border of Belize caused by the Republic of Guatemala’s persistent territorial claims”.

The leaders called on Guatemala to “respect the borders of Belize as established in the 1859 Treaty, and move with urgency to agree on protocols for the use of the Sarstoon River on the Sothern Border of Belize.”

They have urged both countries to refrain from the threat or use of force, to respect international agreements, and to move with expedition to hold national referenda with the goal of submitting all Guatemala’s claims to the International Court of Justice for final resolution.

“We renew our call on the international community, including the European Union to support the effort of Belize and the Republic of Guatemala to seek a peaceful, final and just resolution to Guatemala’s claims, and to in particular support the facilitation of the work of the Organization of American States through its office in the Adjacency Zone”.

Belize Ambassador to the European Union, Dylan Vernon told the Caribbean Media Corporation (CMC), at the end of the summit on Wednesday that tensions between Guatemala and Belize have increased recently “because Guatemalan immigrants continue to come into the territory of Belize for farming and other illegal activities”.

The diplomat said Guatemalans have been preventing Belizeans from using the Sarstoon River, half of which, he said, is part of the Belizean boundary.

“Tensions have increased and we are seeking the support of the ACP in making statements that we can use in solidarity from international organisations.”

The diplomat said the river is important to Belize for national and food security reasons.

Vernon said the Belizean military uses the river to patrol its borders, and, like Guatemalans, Belizeans fish in the Sarstoon River.

Tensions between the two countries “are pretty high right now, the highest they have been for a while,” Vernon told CMC.

“And this is because of the tensions on the border, where Belizeans are being prevented from going in,” he said, adding that escalation is possible, but Belize is hoping that this doesn’t happen.

“One of the scenarios that we do not want is the Guatemalans fully preventing even the military from using the river and that leads to some conflict that results in some sort of, perhaps, armed or military situation

“We totally want to avoid that and that is why are urging, and the ACP has agreed, the Guatemalans to agree with us on protocols to use the Sarstoon River and to respect Belizean right to its half of the river.”

Vernon told CMC that Guatemala is claiming the entire river and half of Belize.

“And this issue can only, in the view of my government, be settled by going to the international court of justice and having a resolution through that means.”

He said this requires referenda in both countries.

“But the objective of Belize is to resolve this peacefully in a just way, but, at this point in time, we feel quite under threat. And, as my minister said in the intervention he made, this issue is an existential one for Belize and the continued migration into Belize, economic migration, is of concern as it puts strains on our social infrastructure. And so, we welcome immensely the ACP Summit’s statement and its declaration that is giving more support to Belize’s position,” Vernon said.

The Port Moresby Declaration also noted “the adverse impact of the controversy and its escalating territorial and maritime claims on Guyana’s development and the welfare and well-being of its people”.

ACP leaders said in the interest of maintaining regional peace and stability, all parties in the controversy should “support in good faith the commendable effort of the United Nations Secretary General to resolve the controversy with the confines of international law in keeping with his responsibilities and principles set out and agreed by all signatories to the 19966 Geneva Convention.”

Vice President of Guyana, Carl Greenidge told CMC at the end of the summit that the only international treaty that defines the border between Guyana and Venezuela recognises “unambiguously” that the section of the river in question belongs to Guyana.

“And therefore, it is quite wrong and illegal for Venezuelan troops, either for fun or as a result of indiscipline or as a result of instructions from Caracas, to be endangering the lives of officials and citizens of Guyana within the defined borders of Guyana. This was drawn to the attention of the meeting.”

He described as “outrageous” Venezuela’s claim to territory current held by Guyana.

“You have an international treaty, you embrace the treaty for 63 years, a country [suddenly] decides, for short-term gain or for perceived long-term gains to abrogate that treaty and now is seeking to extend its claims, not merely in terms of the land but in terms of appropriating maritime space in zones and on a basis that are not justified by international law and you have a country that seems not to have respect for any of the international treaties.”

Greenidge noted that the there is an international court of justice for the arbitration of international disputes over land territory and the UN Law of the Sea convention which has a tribunal that deals with disputes pertaining to maritime space.

“And here you have a neighbour, that embraces no international forum, but insists that it wants to impose rule in a bilateral forum, rules that it has fashioned and which nobody else in this globe embraces.

“So that’s a difficulty that is faced. The international community and the members of the ACP group recognises that problem and I think they will continue to support us,” he said.