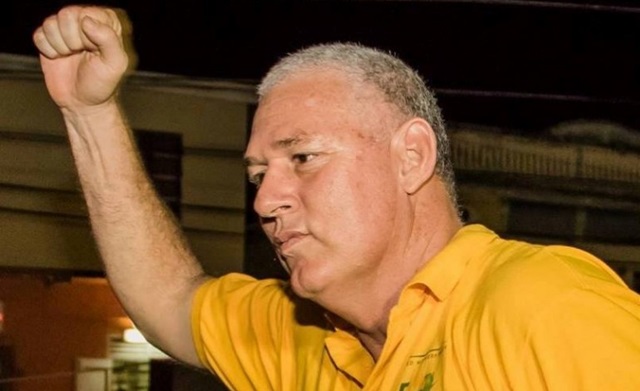 Preliminary results show that the UWP won 11 of the 17 seats at stake, reversing the results of the 2011 general election, when the SLP won by the same margin.

Chastanet secured 2,495 votes to his opponent’s 1,446 to become the next Member of Parliament for Micoud South.

In a statement issued Monday night, Anthony congratulated Chastanet and the UWP on their “convincing vitory”.

“On behalf of the Saint Lucia Labour Party and also on my personal behalf, I congratulate Mr. Allen Chastanet, Leader of the United Workers Party on his victory at the polls today, June 6, 2016,” said Anthony, who resurged to power in 2011 after five years in opposition.

“On all accounts, this was a convincing victory. It is clear there was a major national swing against the Saint Lucia Labour Party.

“I wish the people of Saint Lucia the very best as we embark on this new journey.

As to my future, I do not intend to serve as the Leader of the Opposition and indeed, Political Leader of the Saint Lucia Labour Party. I will, however, continue to serve my constituents of Vieux-Fort South and support my other Parliamentary colleagues in their various constituencies as they seek to protect the interests of their constituents,” he said.

“I am deeply grateful for the honour of serving the people of Saint Lucia as Prime Minister for nearly three terms.

My special thanks to the people of Vieux-Fort South for electing me as their Parliamentary Representative for the fifth time,” Anthony said in the statement.