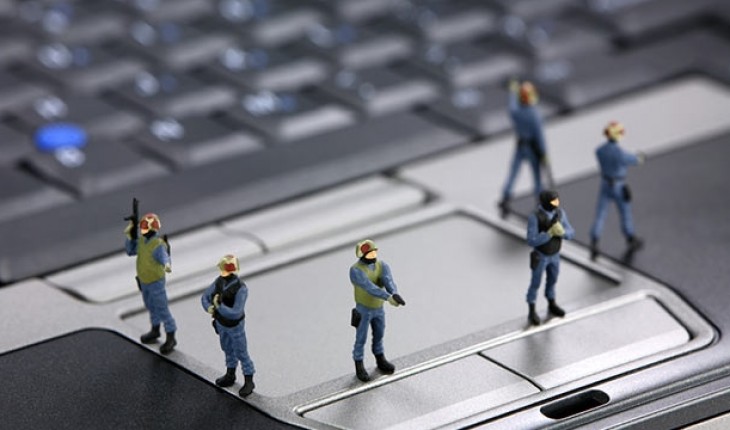 The Cybercrime bill that is before Parliament is “absolutely not” intended to police social media as some persons have claimed, says Prime Minister Ralph Gonsalves.

There have been concerns about the intention of the bill introduced in Parliament last week and sent to a select committee for review and consultation.

Among other things, the bill creates offences relating to cyber harassment and bullying, illegal accessing and remaining in a computer system, as well as illegal interception, acquisition or interference of computer data.

If the bill is passed into law, persons convicted of offences under the bill can be fined as much as EC$200,000 and jailed for up to 20 years.

But there have been concerns about certain elements of the bill, which some persons, including political activists opposed to the government, say are intended to silence critics of the government who use the Internet to engage in their activism.

At a media briefing this week, Gonsalves, who is also Minister of Legal Affairs, rejected that suggestion, telling reporters that the bill is a regional one that is being adapted to local circumstances.

He said his government has in fact redrafted a section of the bill that gave some “difficulties” in Grenada and resulted in protest by Caribbean media houses.

Gonsalves said that St. Vincent and the Grenadines is ranked highly among the freest countries in the world in terms of press freedom.

“This is a country with a free media and we intend to have it so. But nobody can reasonably doubt that there are problems with the growth of the technology that you have … and things which should be regulated for which there should be a criminal sanction,” he said.

“It always happens with technology,” Gonsalves said, adding that before the invention of gunpowder, possession of illegal firearm or ammunition was not an offence.

“Technologies bring other offences. It is in the nature of life,” he said.

He said that in the United States, it is a criminal offence to make a threatening post about a public official, but said that is not included in the Cyber Crime Bill.

“Look. There’s a different thing between freedom and licence. And, emphatically, this is not about anything about controlling social media or any sort of thing.

“I accept that the nature of social media is that you are going to have people saying some quite outrageous things and may coarsen the nature of the conversation, but there are series of ways of dealing with that and in absolutely no way is this bill intended to be a jackhammer on people, quote-unquote freedom.

“It is a matter of how do you balance things, how do you function in an orderly society,” Gonsalves said, and invited people to read the bill.

Speaking at the same press conference, Minister of Telecommunication, Camillo Gonsalves said the original draft of the Cyber Crime Bill was generated outside of SVG.

Camillo said that the government has learnt from the experiences of countries that have already implemented the legislation, such as Grenada.

Camillo said none of these things are currently defined as crimes in SVG.

“And, yes, there are elements in the bill talking about making threats to people, about defaming people, about telling lies about people on the Internet. There is something in there about cyber bullying,” he said, adding that children in the United States, the United Kingdom and Europe have killed themselves because they are bullied and harassed by their peers.

“Must we not do something to protect them? We have children who are living their lives online now, on social media and there is no system of protection for these children.”

Camillo said he is not saying that a reasonable mind cannot conclude that the government might have gone too far on some elements of the bill.

“But what this bill is about is protecting people. … We didn’t introduce it after the election or any of these gimmicks that people talk about.

Camillo said he and the prime minister are happy to hear the feedback on the bill.

“We want to have the best possible bill … but don’t just shoot little pot shots and inflate yourself so much to think that you are so important that the government drafter sat down and drafted a 40-page bill to get you because you are in your bathroom or your bedroom somewhere in another country writing tweets about something in the government. You are not that important.

Camillo said he noticed that there is an entity that is going to have a consultation on the bill on Friday.

The secretary of the body is a Member of Parliament who hasn’t seen it fit to come to Parliament or attend the select committee meeting to discuss the bill, he said.

“I want us to have a reasonable, rational conversation and I want us to have the best bill. I ain’t draft the bill. So, it is not that I am wedded to any word or words in the bill. But we need a bill that protects Vincentians online. And cyberspace is the new space that we all occupy. And there are no laws currently in St. Vincent that protect people in cyber space and that is what this bill is about. It is not about politics, at all,” he said.