What have the police done with Ben Exeter’s gun holster? 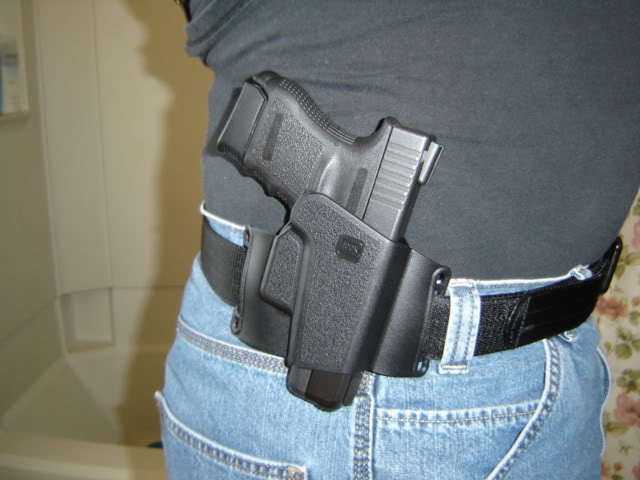 An example of a gun in a holster. (Internet photo)

The defence in the trial of opposition candidate Ben Exeter has raised questions about the chain of custody of his licensed firearm after his arrest in Kingstown on Dec. 29, 2015.

The defence has also asked about the whereabouts of the black holster that the gun was in when police took it away from Exeter that same day.

According to evidence given in court, Corporal 632 Morris pulled the gun out of its holster, which was on Exeter’s waist, and handed it to Assistant Superintendent of Police Timothy Hazelwood.

Hazelwood told the court that he later handed over the firearm to Assistant Superintendent of Police Francis.

But Hazelwood was the one entering the firearm into evidence on Monday.

He identified the gun, a Glock, by its serial number, XMK346.

Defence counsel Kay Bacchus-Browne raised question about the chain of custody of the firearm and asked how it came to be in Hazelwood’s custody after he had handed it over to someone previously.

But the prosecutor, Assistant Director of Public Prosecution, Colin John, told the court that the gun is not an issue.

John said that the prosecution would leave evidence to establish the chain of custody.

No such evidence was provided when the matter was adjourned on Monday to June 20.

Bacchus Browne also asked questions about the location of the holster that the firearm was in.

She said that she had heard repeated references to the holster by the witnesses so far — all of whom are police officers, but none of them have produced the holster.

However, John told the court that the prosecution would lead evidence about the location of the holster, but was yet to produce any up to the time of the adjournment.

Exeter, who was the New Democratic Party’s (NDP) candidate for Central Leeward in the December 2015 general elections, was arrested in Kingstown on Dec. 29, 2015, where crowds of supporters of the NDP and the ruling Unity Labour Party had gathered as the ceremonial opening of Parliament was being held.

He has pleaded not guilty to all of the charges, which the defence says are politically motivated.

Lawyer to ask magistrate in Exeter case to recuse himself

2 replies on “What have the police done with Ben Exeter’s gun holster?”