Three minivans in accident in Layou 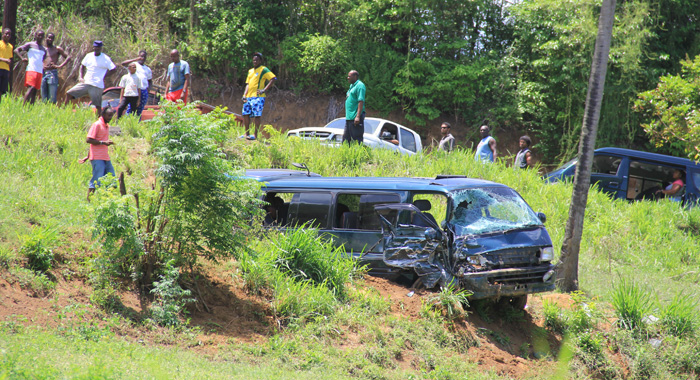 One of the vans at the scene of the accident in Layou. (IWN photo)

Three minivans were involved in an accident in Layou about 10 a.m. Saturday, which resulted in two of them going over an embankment.

Police in Layou did not disclose any information about the accident when iWitness News visited on Saturday.

We were directed to the Police Public Relations Department — which is closed until Monday morning — and told that only the Commissioner of Police or his nominee can disclose information about police investigations.

iWitness News understands that two of the minibuses ply the Kingstown-Layou route, while the third travels between Kingstown and North Leeward.

Reports are that at least one passenger suffered a broken leg and was taken to hospital.

7 replies on “Three minivans in accident in Layou”