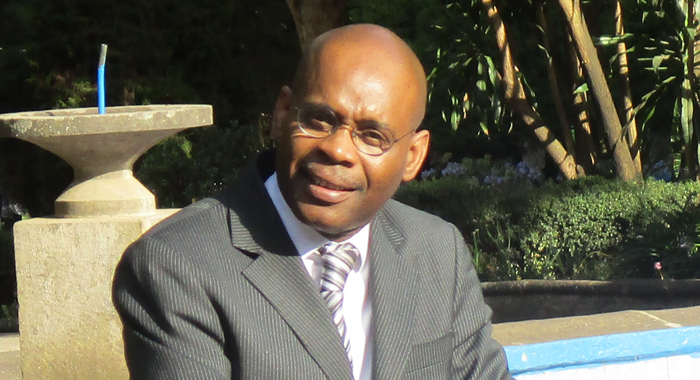 Vincentian international law specialist and diplomat, Richard Byron-Cox was the featured speaker in the next edition of the University of Trinidad of Tobago (UTT) Distinguished Lecture Series scheduled on Wednesday.

Byron-Cox, an international civil servant with the United Nations for almost two decades lectured on the topic, “The Caribbean Small Island Developing States (SIDS) and the Challenge of Achieving the Sustainable Development Goals (SDGs).”

The University said Byron-Cox was invited to Trinidad in part to help support its efforts to highlight environmental issues during this distinguished lecture series. Additionally, the invitation was issued to the Vincentian in recognition of his work in the area of sustainable development and the environment over the last two decades; and the fact that he is a seasoned and well–respected lecturer on these matters having lectured at universities around the world.

Byron-Cox states that he saw the invitation as an opportunity to further contribute to Caribbean development by addressing inter alia, the peculiar and special challenges the Caribbean SDGs must address if they are to realise the SDGs.

He further said he is convinced that the CARICOM Caribbean must of necessity embrace these challenges as golden opportunities if they are to deliver sustainable development to their peoples in a world governed by neo-liberal capitalism where from Greece to Spain have collapsed economically and socially.

While in Trinidad the Vincentian, who is the Action Programme Alignment and Capacity Building Officer at the Secretariat of the United Nations Convention to Combat Desertification (UNCCD), which is one of the Rio Conventions, will also deliver talks on the environment at one primary and two secondary schools. On his schedule are also calls on senior government officials including the President.

One reply on “Vincentian delivers featured address at Trinidad university”