Should marijuana be declared a ‘holy herb’ or remain an illegal drug? 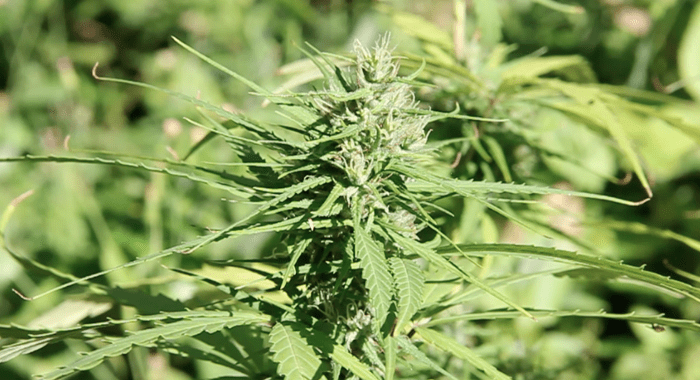 Is marijuana “the healing of the nation” or a debilitating drug?. (IWN photo)

KINGSTOWN, St. Vincent (CMC) — Some see it as a “holy herb” and for those who use it, marijuana is a gift from God for the benefit of mankind.

Percival Stapleton, who was among people attending a national consultation on marijuana this week, said he uses the drug as a “holy sacrament given to us by God, of which great men like King Solomon, even when he died, the spirit of God sent a seed and drop on his grave and it grew there.

“Weed is my best friend. It is disgraceful to say anything bad about marijuana,” Stapleton told the crowd, adding, “I smoke it day and night. I drink it like tea and ah smoking it until a dead”.

But there was also a warning that marijuana is addictive, and as such users should be treated as addicts.

Pharmacist Matthew Thomas, 73, said he has seen how homeless people, many of whom are marijuana users, have replaced sheep sleeping under galleries at one end of the capital.

“It has shown me over the 50 years the decadence of the black young men of this country mainly as a result of marijuana intoxication,” Thomas said.

Former chief pharmacist, Tyrone Jack, warned the audience not to ignore the science about marijuana. He insisted that marijuana is addictive and like any addiction must be treated as a disease.

The consultation on Wednesday is the first held by the Regional Commission on Marijuana, chaired by Professor Rose-Marie Belle Antoine, the Dean of the Faculty of Law at the St. Augustine campus of the University of the West Indies, on the use of the drug for medicinal purposes.

Last year, Caribbean Community (CARICOM) leaders agreed on the composition of the Commission to examine marijuana legalisation throughout the 15-member regional bloc.

Bahamas Prime Minister Perry Christie, said then that the leaders had expected the Commission to “look into the economic, health and legal issues surrounding the use of marijuana and to consult with stakeholders to get a view on the issue.”

The marijuana legalization debate has been on the Caribbean’s agenda for more than a year.

In February last year, Jamaica’s Parliament agreed to decriminalise small amounts of marijuana and establish a licensing agency to regulate a lawful medicinal marijuana industry. The legislation allows for residents can carry up to two ounces of marijuana without it being on their criminal record, and grow up to five plants where permitted.

A statement posted on the CARICOM Secretariat website noted that the main issue underpinning marijuana liberalisation surrounds its classification as a drug.

It said that the United Nations Convention on Psychotropic Substances, to which many, if not all Caribbean countries are party and model their local Dangerous Drugs legislation, contains four Schedules of controlled substances, ranging from most restrictive to the least restrictive .

“Marijuana is currently placed in Schedule II. This means that it is classified as a dangerous drug for which possession of any quantity becomes an offence. It is as a result of this classification that the other issues that fuel the currently marijuana debate stem.

“The main being the burden on the legal and judicial systems, arising from possession of small quantities of marijuana and the lack of its availability and accessibility for medical, recreational and research purposes,” the CARICOM Secretariat said, noting that while there is scientific evidence that supports the medical benefits of cannabinoids, there is also evidence that confirms the adverse effects of tetra hydrocannabinol (THC), which is the psychotropic or mind-altering constituent found in the plant.

“In considering re-classification, the salient issue to be determined is therefore whether the benefits to be derived from removal of current restrictions will outweigh possible harms of increased use.”

The CARICOM Secretariat said that the objective of the Commission will be to conduct a rigorous enquiry into the social, economic, health and legal issues surrounding marijuana use in the Caribbean and to determine whether there should be a change in the current drug classification of marijuana thereby making the drug more accessible for all types of usage.

The Commission will also recommend if there is to be a re-classification, the legal and administrative conditions that shall apply.

Director of Public Prosecutions (DPP), Colin Williams, who reserved comments on whether to change the existing legislation governing the use of marijuana here, raised the economic value of the plant during the debate.

He noted for example marijuana costs much more in neighbouring countries like Barbados than in St. Vincent and the Grenadines saying “the question is, who it is that reaps the benefits of this commodity. Quite apart from the sentimental value … This is an economic crop. Who reaps the benefit?”

He said he believes people might be willing to pay big bucks for licences in order to cultivate marijuana and that small farmers are not likely to be among those seeking to obtain the licences.

“So, I am just saying we need to be looking at the overall financials and the economics and all that,” Williams added.

Many speakers at the consultation agreed that St. Vincent and the Grenadines (SVG) has established itself as one of the largest producers of marijuana in the region, and is also renowned for the quality of its product.

Longstanding activist for marijuana liberalisation, Junior “Spirit” Cottle said it is important that the interest of marijuana farmers be taken into consideration.

He said any discussion about changing marijuana laws must look seriously at decriminalisation for medicinal use and a sacrament for Rastafarians.

Cottle said he believes that changes to marijuana laws across the region would contribute to a reduction of crime and violence associated with the trade.

Attorney, Joseph Delves, told the consultation that he has appeared in court representing people on drug-related charges and views the marijuana laws as “very unjust and hypocritical”.

He said most of the debate in St. Vincent and the Grenadines on marijuana centre on the plant as having a negative impact on health.

Delves, a former sports administrator, said that that argument has a serious flaw, and posited that one cannot legislate issues relating to people’s personal choices about their health.

“As far as I see, this is a health issue and that is how it should be framed,” Delves said, noting that he was once involved in the preparation of a constitutional challenge to the nation’s cannabis law, but found that the government could seek shelter under the public health laws.

“But the point I want to make is this: there are lot and lots of substances that people put into their bodies on a regular basis — alcohol, cigarettes — we don’t even consider if they are harmful,” he said.

Delves said that two of the most harmful substances human consume daily are sugar and salt. He pointed out that amputation as a result of non-communicable diseases such as diabetes is widespread here, but no one would consider making sugar and salt illegal, or worst yet, making criminals, persons who consume sugar and salt.

“Should we continue to perpetuate a law that make persons criminals because they eat, or consume ganja? It’s crazy law and must go,” Delves said, informing the audience of the uneven enforcement of the marijuana laws.

“The Rasta man is like a red flag,” said Delves, who once wore dreadlocks.

“It is not going to clear any registration body,” Jack said, adding that he was not disputing that marijuana has health benefits.

He, however, said the research has to be on-going, as with any drug, adding that when a drug is registered, monitoring continues for decades to see if any adverse effects have been missed, and sometimes, some drugs are discontinued.

Jack told the consultation that doctors are bound by ethics to prescribe the most effective drug available. He said there are questions about whether marijuana is the most effective drug available to treat certain illnesses, noting that if marijuana is exposed to heat and the elements, it loses its strength, hence, as a drug, it would be difficult to register.

“If you single out the cannabinoids, you can have a standard, but that is where there will be challenges between the developed and developing world,” Jack said, urging the audience to consider what market for marijuana would be in SVG, considering that the plant is easy to grow, even using hydroponics.

Jack also rebutted the argument about marijuana being in the Caribbean from creation, saying that the region was one of the last to come to the understanding and knowledge of marijuana. Asia was growing marijuana since the Third Century, he said, noting that marijuana came to Jamaica in the 1930s and to SVG in the 1960.

Director of National Emergency Management Organisation (NEMO), Howie Prime, has sought to link marijuana cultivation here to the damage done by extreme weather systems between 2010 and 2013.

He said forestry officials have said there is significant depletion of the forest, a lot of which has resulted from the contribution of marijuana.

While Prince didn’t comment on whether marijuana is good or bad, he said he wanted to ask farmers if it was necessary to cut so many trees.

“I am concerned about the degradation, cutting down do many forest trees so that the crop can be grown,” Prince said.

4 replies on “Should marijuana be declared a ‘holy herb’ or remain an illegal drug?”