Mother of CPEA top student says no to sports ban 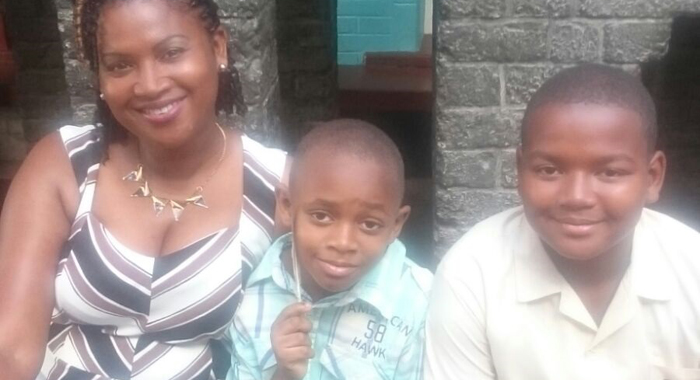 The mother of this year’s top Caribbean Primary Exit Assessment (CPEA) in St. Vincent and the Grenadines parents and guardians should not force their children to ignore their sporting talent in an effort to have them focusing primarily on academics.

Lystra Culzac-Wilson’s son Luke Wilson, who is also a national Under-15 cricketer, placed first among 1,786 students who sat the exams, which are used for secondary schools placements.

Wilson, a student of the St. Mary’s Roman Catholic School, ended with an average of 96.20.

Wilson’s mother allowed him to combine his sports with his preparations for the exams, saying she saw no reason to deny him the opportunity “to do what he loves”.

“I have always told him and I’m also telling his brother that they must work hard and play hard,” the single parent said of her two children.

“I believe that participation in sports and other extra curricula activities are equally important and integrally supportive of academic activities. I, therefore, did not prevent him from attending his other activities while he was preparing for CPEA,” she added.

She said her son continued to work hard and committed to work even harder at his preparations for CPEA even as he had to take time off from school to travel with the Under-15 team to Dominica. This trip she said to have resulted in him not being able to attend the Easter lessons that were given by the teachers as part of the preparations and the information, therefore, had to be relayed via WhatsApp.

Culzac-Wilson, who operates the Heritage Museum and Science Centre just outside gates of the historic Botanic Gardens, said that she puts a lot of importance in having well-rounded children and, therefore, let them feature in aspects of her work.

With regards to the sporting aspect of Wilson’s life, she said she recognised his passion for cricket around the age of 3 and could not believe the level of interest, passion and drive he had for the game at that early age.

“I, therefore, sought to get a wooden bat made for him. I remember going to Sargeant’s model shop and asking them to carve me a bat. That was his first bat and he cherished it”.

She said he outgrew that bat and she went looking to get another one built for him but a friend asked why I did not get him “a proper bat” and so she did.

She then outlined the journey: “Luke’s growing interest in cricket led me to start looking for assistance and more formal training for him. A friend informed me that there were groups around and in particular the Neil Williams Cricket Academy. I investigated the academy and coaches and was pleased with what I heard and saw and decided to enrol Luke there.”

She said his knowledge and zeal for the game is growing and testimony of this is his making it into the finals of the Scotiabank Kiddy School Cricket Quiz in partnership with Solomon Bascombe.

Chair of the national U15 panel, Arnold Gilkes said he is not surprised by Wilson’s achievements.

“He is a very disciplined and intelligent child and he was always confident of doing well. In fact, he said that he was going to get 100% in at least one subject area,” the former Barbados opener said.

Gilkes, who now lives in SVG, said Wilson, whom he described as a “steady offspinner” and “a very helpful youngster” has the potential to be a leader and is encouraging him to continue to balance his academics and his cricket.

In addition to being the St. Mary’s RC cricket captain, Wilson is also the school’s goalkeeper and his mother said he is also assisting younger brother Mathew with both the technical aspect of the game and his schoolwork.