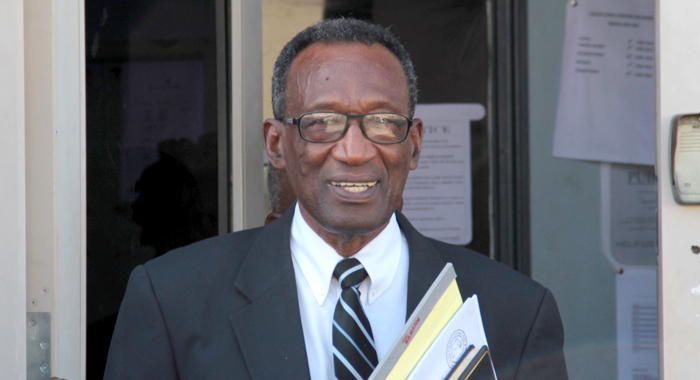 A magistrate on Monday ruled that it was not necessary to impose a bail bond on the lawyer who has been charged with tax evasion in the amount of EC$4.8 million.

Magistrate Bertie Pompey, sitting at the Kingstown Magistrate’s Court, disagreed with Crown Counsel Karim Nelson of the Office of the Director of Public Prosecution that bail should be an issue in the case involving the lawyer, Samuel E. Commissiong.

Commissiong is charged that between Jan. 1 and Dec. 31, 2013 at Buccament Bay, being an employer of Buccament Bay Resort within the prescribed time he failed to pay the Comptroller of Inland Revenue the amount of EC$404,740.09 deducted from remuneration paid to employees.

He is also charged that between Feb. 1 and Dec. 31, 2011 at Buccament, he wilfully evaded the assessment payment or collection of value-added tax in the amount of EC$808,405.

A third charge is that between Jan. 1 and Dec. 31, 2012 at Buccament, he, being an employee of Buccament Bay Resort, within the prescribed time failed to pay the Comptroller of Inland Revenue the amount of EC$886,818.05 deducted from remuneration paid to employees.

Commissiong is further charged that between Feb. 1 and Dec. 31, 2012 at Buccament, he wilfully evaded the assessment payment or collection of value-added tax in the amount of EC$2,754,132.

At Monday’s hearing, Nelson, who is prosecuting the case, raised with the magistrate the issue of bail.

“He’s in custody?” the magistrate said.

“No please, Your Honour. He’s in the custody of the court,” Nelson said.

“He was summoned to come here. The issue of bail doesn’t arise,” Pompey responded.

At this time, Commissiong attempted to address the court but the magistrate asked him to wait a minute.

Nelson then continued his submission.

“Your Honour, my understanding of how the procedure is supposed to work is that once somebody has been summoned, they are now in the custody of the court because they have been summoned to appear, the issue of bail arise,” the prosecutor said.

“But my friend says the practice in the court here has been different and I will defer to that. I don’t know what is your honour’s understanding of the law in relation to that,” Nelson said.

The “friend” he was referring to was lawyer Arthur Williams, who was also at the bar bench.

The magistrate disagreed with Nelson’s submission, saying: “Once he is summoned, he is not in the custody of the court. He was brought her by means of summons. The issue of bail does not arise. If he was on station bail, then probably you could ask to vary the station bail.”

But Nelson maintained that the court should consider the issue of bail.

“Your Honour, the summons is merely the means of bringing the person before the court. It could also very well have been a warrant. But once that person has come to the court, the issue of bail must arise; but as your honour pleases.”

Commissiong then told the court that he is represented by Parnell R. Campbell, who he said is ill and cannot appear in court and asked that his lawyer be given some time to appear on his behalf.

Nelson said he supposes that the next issue would be setting a date.

The court then set the next hearing in the matter to Aug. 5.

In addition to the four charges that has been brought him and Commissiong, Ames, a Britain-born businessman who also has Vincentian citizenship, is charged separately for eight offences.

He did not appear in court on Monday.