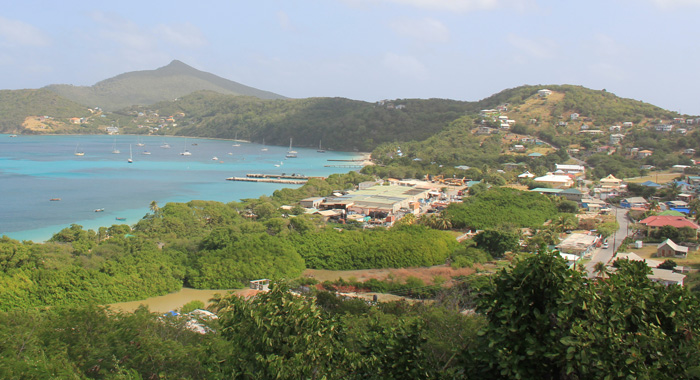 A section of “the village” — Charlestown — in Canouan. (IWN file photo)

Investors in the southern Grenadine island of Canouan have submitted to the Government a draft master plan for the development of the “village” there — Charlestown.

Charlestown is located to the south of the island, where resorts are located in the “developed” north.

He said he has been pushing for “a full and proper development” of Charlestown, adding that the developers will provide him with even more details.

Gonsalves said he will discuss the plan with relevant state officials and he will have a discussion with stakeholders from Canouan and then have a general consultation with the people of the island.

The project is called “Towards Charlestown 2021”, he said, adding that it has six main construction phases, some of which will be undertaken at the same time.

Phase one includes a lot of community facilities, he said, adding that opportunities will have to be created for economic advancement.

“You can’t just put facilities down. You have to have structures and framework for further economic upliftment,” he said.

He said the island has gone through the period where there was a development in the north and very little being done in the “village”.

He, however, said that when he came to office (March 2001) he said there can’t be a five-star resort in the north and the village doesn’t get sufficiently developed.

Therefore, there was a series of developments in the village, some done by the developers, but mainly by the Government, Gonsalves said, mentioning the police station, administrative complex, marine resource centre, and sporting facilities, in addition to the airport, which was upgraded to jet port.

Gonsalves said individuals in Canouan took advantage of the tourism resort to build houses and apartments to make money from accommodating the staff of the resort and construction workers.

He noted the on-going development of a marina in the south of the island, adding, “So, the village is, in a sense, sandwiched between these two big developments. So the village will feed off of both of those but we have to make the village itself have its own economic enterprises within that area,” Gonsalves said.

The first phase has two dimensions, including the reconstruction of Tamarind Beach Hotel, which is built on land owned by the Government but leased by the developers.

“The idea is to refresh it, develop it more and to add new villas to it and then to have a sports campus outside of the developed areas. And there is a proposal for development purposes a yacht club with some residences.”

There will also be the development of “an entire school complex”, the market at the waterfront area, the mangrove park and the clinic, the fisheries section in what is called an industrial hub, Gonsalves said.

“And there are details to each of these and I have in my hand a summary of it. But I just want to alert the country without going through the details, because there has to be a fine-tuning with the various stakeholders in the state administration – the professional and we have to have people from Canouan who are in business, who are in leadership positions to sit down and discuss with them, make amendments where we need to make amendments and also to go to the people in Canouan to explain all of this to them.

“So there are different stages in the consultation process but I just want to say that this is something which has been put forward by the developers.”

The social amenities part of the development is in excess of US$30 million, Gonsalves said.

“But the economic dimensions are obviously going to have additional monies required,” he said.

The developments are taking place at a time when islanders continue tin their struggle to gain access unfettered to beaches in the north of the island, where, like the rest of St. Vincent and the Grenadines, the beaches are public.