Argyle Airport will not be complete by month end 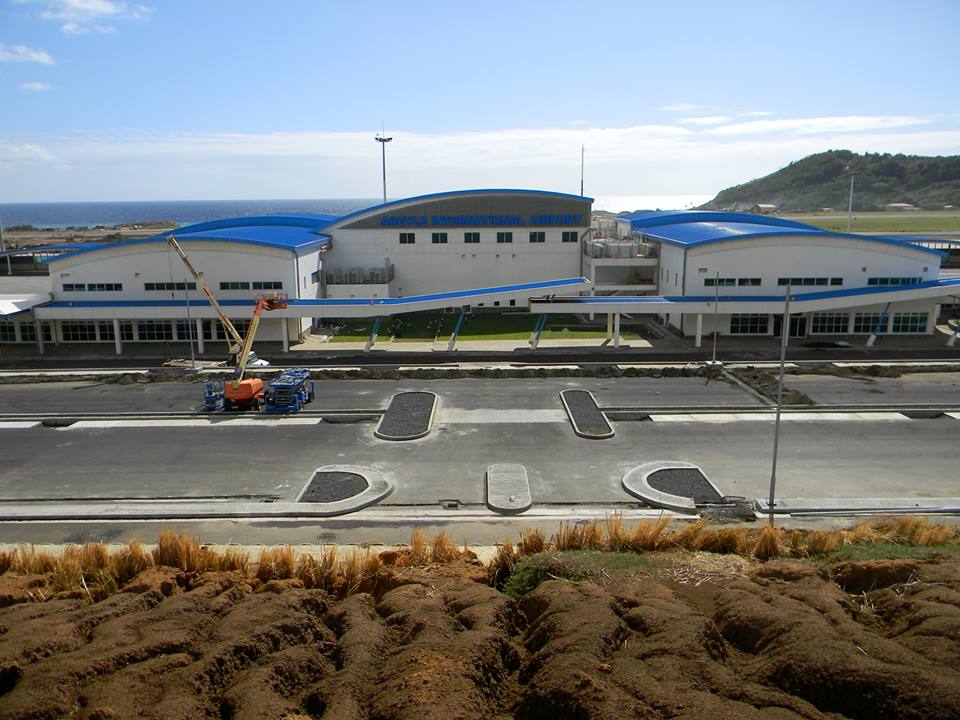 The terminal building and parking area seen in this photo uploaded to the Friends of AIA Facebook page on June 28.

The long-delayed Argyle International Airport will not be completed by the end of this month, having also missed the June 2016 target announced in April — then the latest in a string of missed completion deadlines dating back to 2011.

At a press conference on Monday, Prime Minister Ralph Gonsalves was asked how the delays would affect the projected Government revenues for 2016, and, possibly, 2017.

He reiterated that three main factors have caused the delay of the airport, namely rain, the length of time it took to remove petroglyphs in the last kilometre of the runway, and the disbursement of money secured by the Government.

Gonsalves said that over the last three years, no fewer than 60 days have been lost annually as a result of bad weather.

This is in addition to the 25-30 days lost when the Cuban workers return home for Christmas.

“What I can say is we are coming to an end,” Gonsalves said.

He said he spoke Sunday night with Garth Saunders, an engineer who is manager of the Central Water and Sewerage Authority and a board member of the International Development Company (IADC) — also a state-owned firm.

“I have a hand as to how things are coming with Rudy Matthias with the IADC. The Argyle International Airport Company, which is the management company, which Garth Saunders is the chairman of that company and there are a series of things which have to be done to accommodate the opening of an airport, even when you get it construction ready. That’s the point,” Gonsalves said.

Regarding the opening, the Prime Minister said, “That’s not going to happen at the end of this month.

“I had said indicatively, maybe the end of July, maybe August. Garth told me last night that he would have to get with me with the schedule of other things, which they are doing. But we are proceeding with all the other arrangement in respect of airlines and the like to have indicative times for them,” Gonsalves said.

Matthias, who is CEO and chair of the IADC, had promised on April 1 that the airport would have been competed by the end of May, regardless of the weather.

Matthias told a meeting of stakeholders, chair by Gonsalves, that he believed that within the first half of 2016, they would have been able to complete all the construction works and have the airport ready for operation.

He, however, said that the report that they received that day had suggested that they should have been able to complete the works by mid-May or thereabout “or certainly by the end of May.

“And that takes into account the likelihood of rain,” Matthias had said on April 1.