SVG confident ahead of U17 play-offs 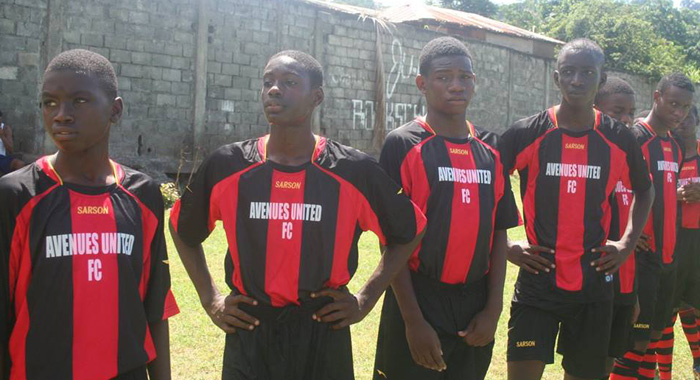 Some members of the SVG team.

St. Vincent and the Grenadines are confident that they will emerge as the top team in Group 3 of the CFU U17 Qualifiers, which take place here from Wednesday to Sunday.

Manager of the squad, Rosalo McKie said that the team has a number of quality players and once they play as a unit, they can advance to the next round of the competition.

“We have a very good midfield and a very good defence and while our strikers are still getting there, we know they are capable of getting goals,” McKie said.

Some 24 teams will battle for seven spots in the Caribbean Finals, which will be hosted by Trinidad and Tobago. Qualifying from the group stage will be the group winners, followed by the best runner-up.

Group 3 is composed of Bermuda, Grenada, St Lucia and host SVG. McKie said that his team’s record against these opponents inspires some confidence as his team has enjoyed the better of the exchanges at that level over the years.

For the teams competing in the CFU finals, five spots will be available for qualification into the CONCACAF Men’s Under 17 Championship.

The Caribbean’s representatives in the last edition of the CONCACAF tournament were CFU champions Haiti, runners-up Jamaica, Trinidad and Tobago, Cuba and St. Lucia.

The final round of matches on Sunday will see Grenada taking on Bermuda from 4:30 p.m. followed at 6:30 by SVG taking on St. Lucia.

SVG selector last week named a squad to represent this country in the tournament.

The SVG team includes the three players Jevorn Clasp, Nigel Mathias and Joash Nash who were SVG’s representatives at the recent Digicel Kickstart programme in Jamaica.

Clasp, a midfielder, who was also a member of the national U15 team, said that he learnt a lot at the Kickstart camp, which could help his performance in the tournament.

“Things such as how to run off the ball, making accurate passes, moving from defence to attack with pace and shooting to goal,” the Sion Hill resident explained.

He said that once the team plays together, SVG “can do well”.

The team took on the Windward Islands School Games team on Thursday at the Brighton Playing Field and the National senior female team on Saturday at the same venue in warm up matches as part of its preparations.