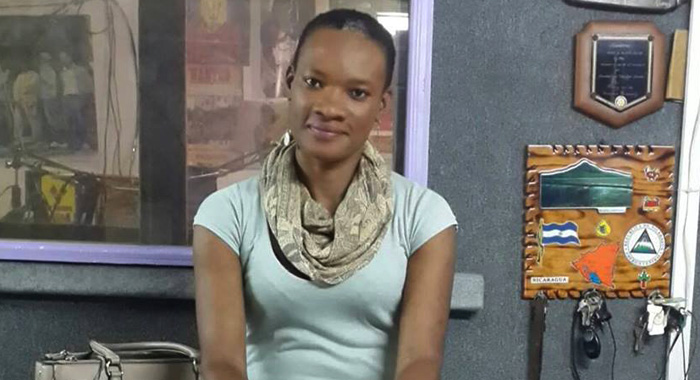 Radio personality and activist Laverne “Gypsy” Phillips needs urgent medical attention and is soliciting the assistance of the public in this regard.

Phillips, who is employed at Nice Radio, told iWitness News on Thursday that doctors say that she has a mass growing on her brain.

The condition is affecting her speech and memory and has resulted in her being a patient at the Milton Cato Memorial Hospital since Friday.

She is hoping to seek further medical attention overseas.

Phillips said that she first noticed the impact of the condition in May when she was at a function.

But last Friday, while at home, she began to feel ill but had the presence of mind to seek attention and was then rushed to the hospital.

He said that persons outside of St. Vincent and the Grenadines can make donations via Western Union, MoneyGram or send monies to Wells Fargo bank account number 1-630-634-614.

Donations sent via money transfer should be addressed to Douglas Defreitas and a notification email should also be sent to [email protected].

In SVG, persons can leave their donations at Nightingale Bookstore in Middle Street or deposit via quick deposit to account number 106-983-792 at FCIB.

Phillips, who was trained in international business in Taiwan, hosts a mid-afternoon programme on Nice Radio and rose to even further national attention during the campaign for the December 2015 general elections.

During the campaign, she mounted the platform of the main opposition New Democratic Party in an effort to help make the party’s case to the electorate, in what she described as the launch of her political career.

She also hosted the “Hit and Run” programme in which listeners were encouraged to phone in and say very briefly why they think the Unity Labour Party should have been voted out of office.

The ULP retained office by a single seat majority — a repeat of the December 2010 election results.