Distress someone on Facebook, go to jail in SVG! 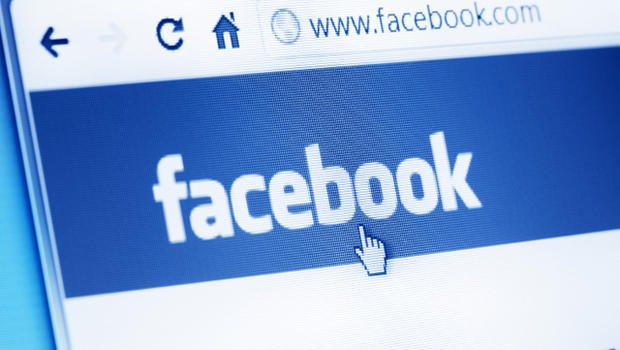 In an Associate Press news article of June 29, 2013, a similar headline was used to identify the threats to free speech of the notorious sections 6 and 16 of the then Electronic Crimes Act 2013 of Grenada. After much pressure, these sections were repealed in an amendment in 2014. Three years later, as St. Vincent and the Grenadines’ parliament reviews its Cybercrime Bill 2016, we find that a person may go to jail for publications in cyberspace which another claims causes them distress, etc. While I do not oppose every aspect of the bill, the threats to free online speech and press which clause 16 constitutes must be exposed!

Clause 16 of the bill, which generally creates the offence of “Harassment using means of Electronic Communication”, criminalizes cyberbullying. It says “A person who uses a computer system to cyberbully, intentionally or recklessly, another person commits an offence.” A computer system takes in any device used to produce electronic data, therefore, this will include smartphones, tablets and other computer-type devices. Furthermore, it will involve the use of social media such as Twitter, Facebook, Whatsapp, Snapchat, Instagram and so on. Now, consider how cyberbullying is defined: “For the purpose of this section, “cyberbully” means to use a computer system repeatedly or continuously to convey information which causes –

(a) fear, intimidation, humiliation, distress or other harm to another person; or

(b) detriment to another person’s health, emotional well-being, self-esteem or reputation.”

There is no definition whatsoever of the vague and subjective words used in the bill to define cyberbullying. Who determines what kind of information causes “intimidation”, “humiliation”, “distress”, “detriment to another persons’ self-esteem” etc.? Obviously it will be the person who is bringing the claim. They could be lying or even seeking revenge on an opponent. Also, it will be left up to the arbitrary feelings of a police officer, the prosecution and a magistrate or judge, in an imperfect world where such persons may be influenced wrongly by partisan politics or even desire for revenge. Since these terms may mean different things for different persons, then some will be criminalised for the same publications for which others will go free because of these different interpretations. There will, therefore, be no equality of all before the law. The subsection is poorly drafted, lacking legal certainty and fails to guide Vincentians into certainty on how they ought to regulate their behaviour. It is wide and will criminalise legitimate publication which constitutes even the truth. This is an unconstitutional provision and no sitting government minister and senator with good conscience should be proud to support such atrocity against human rights.

Imagine a 17-year-old Facebook user posts a satirical meme, criticising a government minister for inappropriate public behaviour. One online definition says that satire is “the use of humour, irony, exaggeration, or ridicule to expose and criticise people’s stupidity or vices, particularly in the context of contemporary politics and other topical issues”. The meme is shared, even on Whatsapp. The minister is bombarded with more criticisms and ridicule to the point where he claims it causes him DISTRESS. This minister will be able to use this portion of clause 16 to complain that the 15-year-old’s electronic communication harassed him. The child has used his freedom of conscience, opinion, choice, thought and belief to create this statement and used his freedom of speech and expression, using the online press of Facebook to disseminate it. Clause 16 goes against these God-given and constitutional freedoms of this youth. If a conviction is secured against him, he may be fined up to two hundred thousand (EC$200,000) or go to jail for up to five years or both — as the penalties show. Why? For causing distress to a government minister, although he merely posted the truth on Facebook! This can easily happen between any two persons, children included, who may posts unpleasant things about each other online. People will be encouraged to engage the courts with contentious matters, wanting to “deal with” their opponents for things published against them on Facebook or WhatsApp. They merely have to claim it caused them “distress”, “humiliation” and or all the other vague and subjective terms above. This is ludicrous, vexing, backward and non-progressive. It is a thin-skinned law and will breed thin-skinned attitudes in society. Our drafters and legislators in Parliament must understand that you cannot legislate to limit constitutionally free speech, just because you wish to comfort hurt feelings. Besides, can the people of this country bring claims against the mover of this bill for distressing us and intimidating us into self-censorship by the obviously unconstitutional, anti-free speech nature of clause 16 of this bill? Hmmm….

I have, to no avail, advised the select committee of the House of Parliament that the only publication of information which should constitute a criminal offence of cyberbullying (if you wish to call it that) should be publication which constitutes credible threats of violence to a person and or threats to destroy or damage property (threats well established). Published information on Facebook which harasses a person because they say it causes them distress is not criminal and no one should go to jail or get a criminal record for that! And do not tell me we must wait for evidence in court to determine what is distressing. Draft the law properly now and do not open the way for bombarding the police and the courts with nonsense! The Government must have respect for inalienable rights and freedoms of people and remove the cyberbullying offence in the cybercrime bill 2016. It is unjust and destructive to free speech, is a thin-skinned offence and will breed a thin-skinned, intolerant, contentious and confusion-filled society. People, whether supporters or opponents of the government, simply do not elect governments to jail them for speech which some do not welcome! This is an O.O.P.LEG — an Out Of Place Legislation. Delete it!

4 replies on “Distress someone on Facebook, go to jail in SVG!”