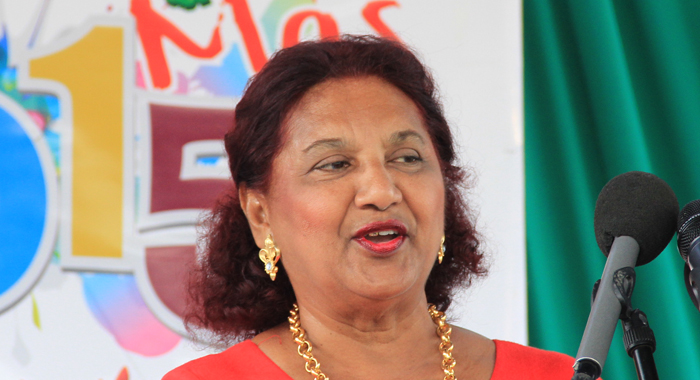 Cheryl Rodriguez, head of the Beauty Shows Committee of the Carnival Development Corporation (CDC), has resigned from the post, effective July 31.

“I just figured that someone else should take up the position,” Rodriguez, who joined the committee in 1999, told iWitness News on Friday

She told iWitness News that she has recommended to Minister of Culture, Cecil “Ces” McKie that Miss SVG and Miss Carival 2002, Laverne Fraser be asked to fill the post.

Rodriguez told iWitness News that she is confident that Fraser, who has worked closely with the committee, can serve effectively as its chairperson.

Rodriguez said that she has made up her mind and would leave the committee whether or not the McKie accepts her resignation.

“I figure it is time for someone else to make their contribution,” she told iWitness News.

Rodriguez joined the Miss Carival Committee in 1996, when there was no pageant, and helped to revive the regional pageant, which has been held every year after it was revived in 1997.

She has also served on the CDC’s Protocol Committee and served as housemother to the Miss Carival Contestants.

Fraser represented SVG at the Miss Universe pageant in 2004. She holds a Master of Arts degree in forensic psychology from Argosy University – American School of Professional Psychology and a Bachelor of Arts degree in psychology with a minor in criminal justice, and a certificate in women’s studies from Florida International University, Miami, Florida.

Fraser lectures in psychology at the St. Vincent and the Grenadines Community College and is a newscaster on SVGTV.