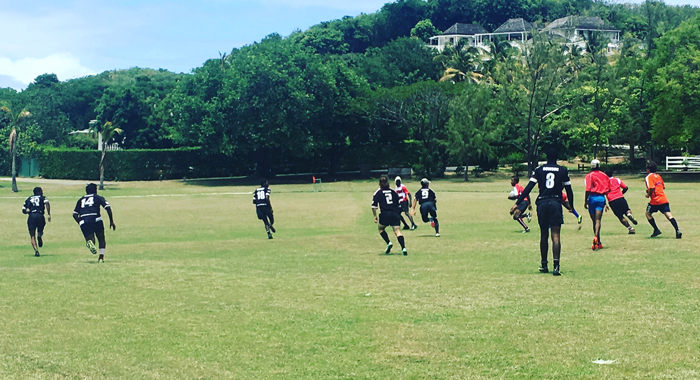 Three clubs from the SVG Rugby Union, the Sharks, Pirates, and Invaders, along with officials and members of the executive travelled to Mustique on Saturday to take part in a series of 7-a-side friendly matches.

The tournament, which is the annual “Rugby Americas North” 7s, is this year taking place in Trinidad in November.

After the games everyone headed to the beach for a much-needed cool down and BBQ before heading back to St. Vincent. This Mustique visit, which also marked the beginning of the 7s league, will be the first of many exhibition matches due to take place throughout the Grenadines. The exhibition matches hope to raise awareness of the Union, build relationships inter-island, as well as serving as league games. The tour will include Bequia, Canouan, Union Island, as well as another trip to Mustique in December.

The Rugby Union thanked the Mustique Company & their staff for assisting with planning and for their hospitality on the day and also the players and organisers who helped to make the event a reality.

One reply on “Rugby exhibition played in Mustique”